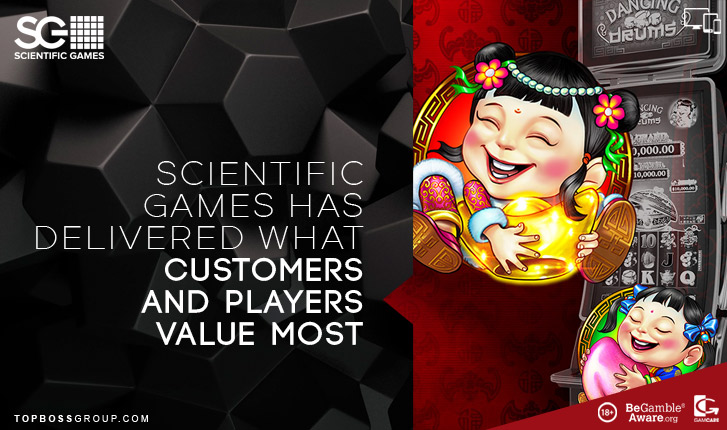 Scientific Games Corporation is a multi-national company that provides gambling products and services to lottery and gambling organizations. The publicly traded company has their headquarters in Las Vegas, Nevada.

Scientific Games employs about 9,000 people worldwide and has commercial facilities on six continents! They also own notable subsidiaries such as Bally Technologies, Barcrest, NYX Gaming and WMS Industries, and they operate the UK sports-betting platform, OpenBet.

Their casino, interactive and instant lottery games are designed to reach players anywhere in the world, in any channel they choose: casino, digital or retail. For over 85 years through their acquired companies, Scientific Games has earned a reputation amongst players for producing creative content, innovative technology, trusted security and efficient operating systems.

How Many Games does Scientific Games Have?

SG Digital provides games to over 200 operators worldwide and growing every month. The SG Digital business has been built on creativity and market knowledge with over 2 000 titles from the in-house gaming studios and top third party suppliers.

What Awards Has Scientific Games Won?

Scientific Games has won numerous awards, some of the most recent include:

How did Scientific Games Begin?

Scientific Games has over 85 years experience. They were formerly known as Autotote, was founded in 1973 by
John Koza and Daniel Bower.

In 1974 they introduced the first ever secure Instant Lottery ticket which is still a SG product!

They provide Mega Millions and Powerball tickets through the secure point-of-sale systems, and have also created  loyalty systems giving players the chance to earn points with non-winning tickets.

In the year 2000 Autote purchased Scientific Games and in 2001 the combined company changed its name from Autotote to Scientific Games Corporation. By 2002, two thirds of the $20 billion wagered annually on racing in North America was tracked by Autotote computers.

In 2006 American Scientific Gaming acquired The Global Draw and Games Media –these were big gaming names in the UK at the time.

By 2013 they bought WMS Industries and in 2014 Bally Technologies. Barcrest also became one of the subsidiaries of Scientific Games.

What type of Slots and Games does Scientific Games offer?

Many of the popular games of the past are now branded under the SG umbrella. There is a huge selection including all types of casino games such as slots, blackjack, roulette, keno, bingo and video poker.

The SG team provides both bespoke and network content, providing players with a thrilling gaming experience, no matter which channel they use.

The company also owns some big licenses such as the American sitcom classic Seinfeld and British secret agent franchise 007 James Bond. SG holds a Monopoly license having secured a deal with Hasbro.

SG Digital is combination of NYX and SGI, a trusted partner to the most powerful iGaming, iLottery and Sports Betting brands worldwide.

Scientific Games are proudly the most trusted lottery supplier in the world. Lottery games provide great entertainment to players but also fund good causes such as education, health and welfare, senior citizens, roads, bridges and the environment. Scientific Games lotteries are a trusted partner to 150+ lotteries in more than 50 countries.

Does Scientific Games have a Mobile Platform?

Scientific Games offers Flash and HTML5 games that are available for Instant Play on both desktop and mobile devices such as Apple or Android.