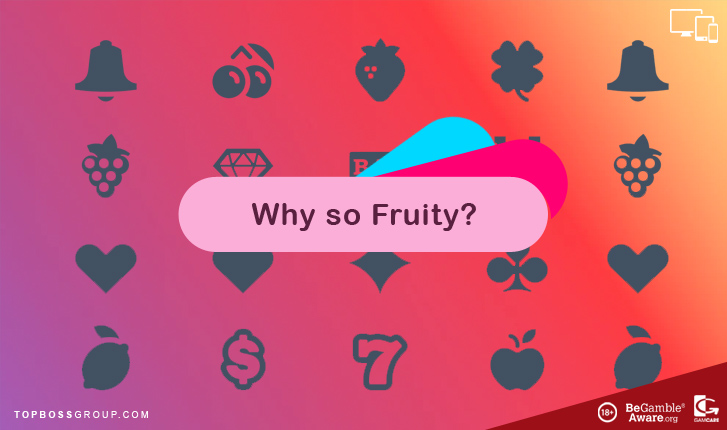 You’ll hear the word ‘slot machine themes’ thrown around a lot in the world of online slot gaming. It’s hard to pin down an exact meaning but, essentially, a theme is part of the design of a slot.

These days, a slot can be designed around literally anything, from abstract shapes and patterns to actual movies and TV shows. But some slot machine themes keep cropping up in slots time and time again. Here we reveal the reasons why fruit, Irish luck and Ancient Egypt remain the most common themes for slots both online and in real casinos.

Cherries, lemons and oranges have been brightening the reels of slots for as long as most gamblers can remember. Fruit-themed slot machines proved so popular in the 1950s; in fact, they earned an affectionate ‘fruity’ nickname from us Brits. But fruit symbols weren’t always there just to add colour and charm to the reels. They once served a purpose.

Back in the early 20th century, to avoid the gambling restrictions in place across several US states, slot machines often paid out in chewing gum, rather than cash. Fruit symbols are to show the flavour of gum you could win. If you matched up a line of lemons, for instance, you’d win a stick of lemon-flavoured gum.

The tradition for fruit symbols stuck, even when the slot was free to pay out in cash once more. Hence the abundance of online video slots with fruity themes. Namely slots like Fruit Warp Slot and Frutoids which are both popular slot games at online casinos.

A lost civilisation may at first seem an unusual source of inspiration for a gambling machine. But if you think about it, Egyptian-themed slots make a lot of sense. What could get win-hungry gamblers more excited than the sight of ridiculously wealthy pharaohs and golden tombs stuffed with treasure?

Slot machines designed around Ancient Egypt, such as Queen of Alexandria and Pharaoh’s Fortune, have ruled the casino floors of Las Vegas since the 1960s. It’s hardly surprising, therefore, slot manufactures tuned to Egypt first when looking for inspiration for online games after the millennium. This explains the array of online slots designed around pharaohs, pyramids and treasure you now see available on the internet.

No doubt you’ve heard of the ‘luck of the Irish’. The saying originally came about during the gold rush years of the late 19th century, as many of the most successful miners were Irish or Irish-American. Today, however, many believe it means there’s something inherently lucky about the Emerald Isle.

And if there are anything slot manufacturers want to imply about their slots, it’s that they’re lucky. Barcrest found huge success with Rainbow Riches, the original Irish luck-themed slot machine. Gamblers couldn’t get enough of the pot o’ gold symbols and charming leprechaun character on the reels.