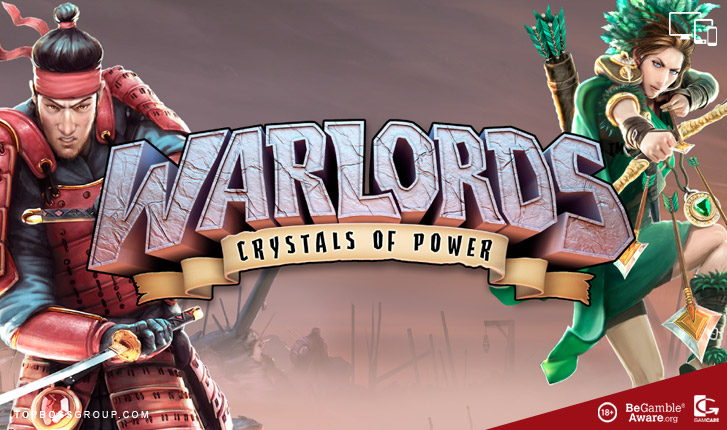 Warlords - Crystal Of Power has been rated by our slots review team and scores an awesome 86% based from the category ratings overall.

About Warlords Crystals Of Power Feature Games and Free Spins

This amazing NetEnt Video slot is a 5 reel and 30 Pay line slot and offers amazing HD graphics with a multitude of close ups bringing you disturbing creatures such as wolves who slink into view unexpectedly to the stealthy panthers and warthogs with enormous tusks , all accompanying the stars of the game the three warriors, so be warned, there is danger lurking with each spin of the reel and a battle to be won.

The main characters are a Samurai warrior, a Barbarian and a Priestess who transport you into a world filled with medieval warriors and their battle to gain complete supremacy in the war of all wars.

This Video Slot is fast paced, and packed with an array of bonus features whilst the graphics, sound and animation create a Hollywood blockbuster impression with a classic heroic theme to keep you entertained.

This Video Slots betting range is from $0.15-$150.00 with coin values of $0.01-$1.00. Slot enthusiasts will be able to select any of the 10 bet offers and seven different coin values available when playing this slot.

Warlords Crystals of Power paytable has some of the most mesmerizing symbols which include a Barbarian dressed in blue, a Samurai dressed in Devil Red and a Priestess dressed in an energizing green outfit and all appear stacked on the reels. An added feature is the fact that each of their allocated creatures, the wolf, panther and warthog contribute to winning opportunities.

The Free Spins are initially sparked when two banner symbols are displayed on the second, third or fourth reels. The banners are green, red or blue and correspond with each of the Warlords and they act as the scatter symbols which will only appear on the above-mentioned reels.

A battle will ensue so that the banners can be changed into the same colours and when that happens a re-spin feature will be awarded, and more banner scatter symbols will be displayed. If luck is on your side and you get three banner symbols the free spin round will start, and the following awards will be forthcoming:

The Wild symbol is represented by the red, green and blue crystals of power and surrounded by a gold frame and will be substitutes for all regular symbols to spawning a win, this excludes the scatter symbol. Should five crystals of power wild symbol be displayed you will be awarded with the jackpot prize of 300 coins.

A Random Overlay Wild feature can be triggered at any time during game play, a different reel set is used where no scatter symbols will be absent.

Warlords Crystals of Power Video Slot has an Autoplay function which allows you to select the number of rounds you would like to have played automatically and you can also set the Autoplay to stop at specific number of spins. 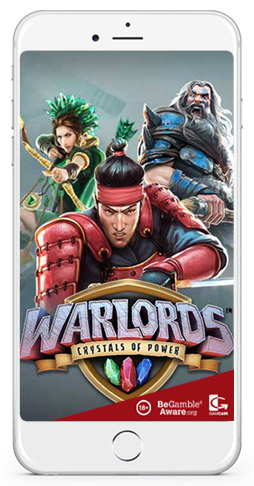