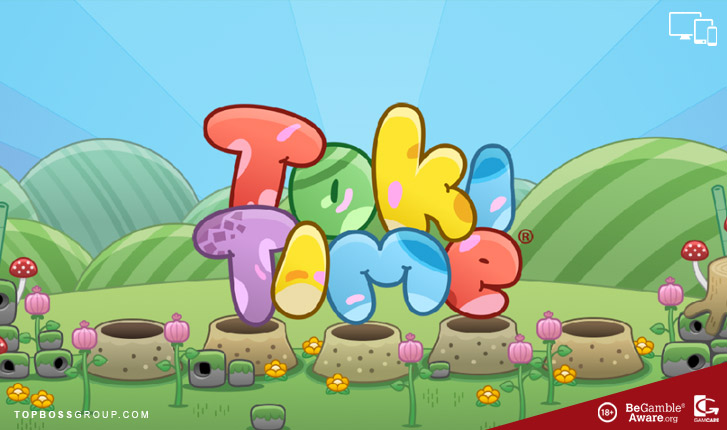 Toki Time has been rated by our slots review team and scores an awesome 79% based from the category ratings overall.

Toki Time is an 11 payline, a 5-reel slot by Thunderkick Software and this Video Slot pays out in both directions.

So, you ask what is a Toki? They are, I assume the cute little Japanese Monsters that inhabit a town somewhere far, far away. They pop onto the screen with each spin boasting their bright colours and gleeful faces.

The backdrop of the slots is a sky that changes colours as the reels slowly rotate from lighter colours to darker hues.

The screen also features dancing flowers and mushrooms both perfectly animated, the flowers more so as they flaunt their blooms whilst the mushrooms stand around trying to look suave.

The background music does not disappoint as it lines up perfectly with the theme and setting.

This rather simple Video slot does not have many features besides the fact that you can play both ways and there is an expanding Wild. There are no Free Spins or Scatter Symbols however remains very playable due to their unique Wilds and additional ways to win.

Let’s venture into this unusually named down and see what secrets it bestows on us.

This slot offers an Autoplay Option which can be set up to 5000 spins, higher than found in many other slots. The sound can also be adjusted to increase or lower the volume and finally, you can increase the speed of this slot playing at a pace that is comfortable for you.

Toki Times Expanding Wild Symbol is a White Sheep and he squeezes out from a hole under reel2 and 4 and fills up your whole reel.

The top two symbols are the Yellow Star and the Smiling Cloud. The Yellow Star will win you up to 24x your total bet when landing 5 in a row, The Cloud on the other hand will reward you 12x your bet.

The other symbols you will be introduced to during gameplay are purple Toki with whiskers, a Smiling Red Toki a rather glum green one, a horned Blue Toki and the very strange yellow Toki who looks like a chicken and dog combined. These above-mentioned symbols pay between 6x and double the total amount of your spin but only if you land 5 in a row.

Let’s Toki this Game Down:

This unusual 11 payline video slot is not one you play per pay line, a total bet for each spin being the order of the day.  There is a slight difference with Toki Time, here will be able to win from both left to right (starting with the reel to the far left) and from right to left (starting with the very far right).

The bottom line is the fact that although this slot only has 11 pay lines there are effectively double that amount.

The main feature in the game is the Wild Symbols. They only appear on reels 2 and 4 and are Expanding Wilds and will cover the whole reel. If the Wild gets you a win you will receive a re-spin with the Wilds held in place until you get a win. Now that’s something to “Toki” about.

Time for a Conclusion:

Thunderkick has once again done a great job with Toki Time. It is original, well animated and rather quirky in nature.  The characters creep into your heart as they are fun and give you that feel-good aura.

A slot I would definitely recommend to players of all ages.

Other recommended Thunderkick Slot are Birds on a Wire and Barber Shop Uncut.

Prev Next 1 of 3
thunderkickvideo slot 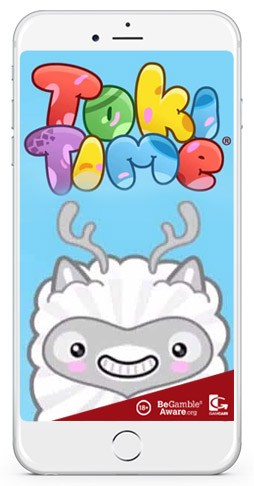