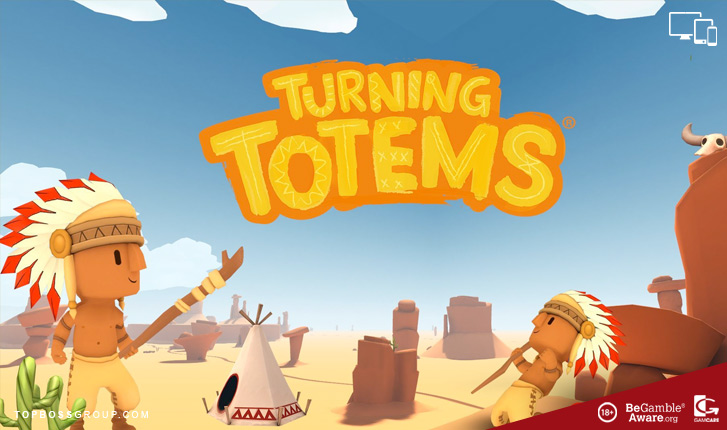 Turning Totems has been rated by our slots review team and scores an awesome 84% based from the category ratings overall.

It starts with an animated Video clip which takes you on a journey through the clouds revealing a desert scene with large rock formations, Wigwams and animals that are roaming around freely.

Suddenly five large Totem Poles appear with a youthful looking Native American standing to the left of them, this forms the setting for this Video Slot and the reels are the Totem Poles.

The slot is colourful, and the Totem poles have a mixture of friendly and ferocious looking engravings on them. As the reels spin the Totem Poles rotate to reveal a new symbol and the whooshing sound of the wind causes the poles to turn with the sound of crickets in the background.

This slot has a different take to it as there are no traditional win lines although there is a Free Spins round pays both ways and has a sleeping Wild.

The Wild symbol in Turning Totems is the magnificent Falcon, and is seen in two versions, the docile Falcon and the alert Falcon.

The Falcon comes to life the minute you find a Thunder Snake, which turns the reels into Thunder reels and all sleeping Wilds on that reel turn into Wilds, a re-spin is then awarded.

Sleeping Wilds however act as normal symbols if they don’t land on the Thunder Reels.

Coming before the Totems:

This unique Video slot is not your usual 5-reel slot, the symbols appear randomly across the poles and you can land several symbols on any one pole at a time.

Winning a prize means landing at least six of the same symbols anywhere across the poles and this is for a minimal win amount, landing the same symbol 15 times or more is where the big wins start happening.

A Totem of a Game:

Turning Totems is a superb slot, its s a medium to high variance slot with possible wins of up to 998 times your bet on each spin. This colourful and lively slot has amazing graphics and quirky features and different to a traditional slot.

Playtechs Boring Slot Ugga Bugga Is A Let Down 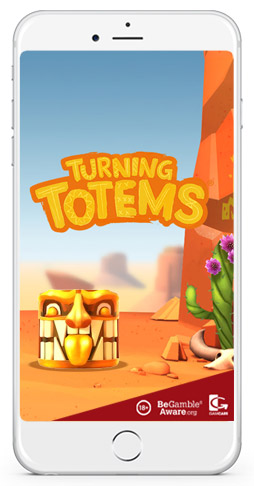