The History Of Card Counting 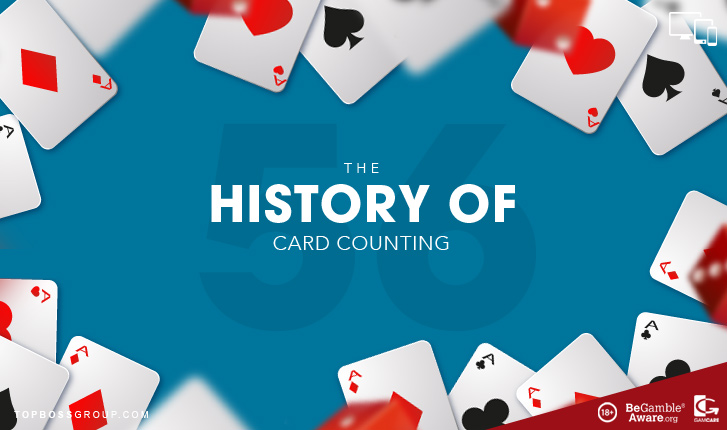 Card counting is probably the most common method gamblers use in order to try and beat the house when it comes to a game of blackjack. There are many who have tried and failed, but there are also some who have walked away with a good profit.

There are multiple card counting strategies that you are able to try at brick-and-mortar casinos. However, unfortunately, if you want to try it at an online casino, you’ll have great difficulty.

Edward O. Thorp introduced his method to the world back in 1962 with the release of his book – “Beat The Dealer”. The Father of card counting first thought up the idea of beating the casino four years prior to his book’s release.

When he was working on the system, blackjack was a game that was considered a poor choice in the long term. This was because players very rarely made a profit against the house. He went into great depth about the mathematics behind blackjack and used the IBM 704 as a research tool for the project.

In order to make sure his theory was working, Thorp travelled to Reno, Lake Tahoe, and Las Vegas. He tested the theory at the first two locations. This proved to be a success as he walked away with $11,000 after taking $10,000 into the casinos with him.

After becoming famous thanks to his casino-busting method, Thorp required disguises whenever he’d play at a Las Vegas casino. These usually included fake beards and wraparound glasses and these disguises helped him to continue with his successful gambling.

Even to this day, in both the UK and the US, card counting is legal in casinos. It might be legal, but that doesn’t mean that casinos will allow you to remain on their premises if you are caught in the act. Well-trained dealers and surveillance cameras above each casino table help casinos to tackle the problem of card counting, which is something to be aware of if you were thinking of trying it out.

In order to prevent players from being successful in their card counting antics, casinos use multiple decks to make it harder for players to keep track. When a casino believes that a player is counting cards, the dealer will be asked to shuffle the cards, even if it is not time to do so.

Another method casinos use to reduce the likelihood of falling victim to card counting is to switch the dealer midway through a hot deck. They usually swap a less experienced dealer for a more experienced one who can deal the cards faster in order to disrupt the player who is trying to count cards.

Thanks to Edward O. Thorp, players were able to gain an advantage against the casino, and even when the 10 count system employed by Thorp struggled, adaptations of the system have helped gamblers continue to succeed in blackjack.

In this article – Top 5 Casino Controversies, it talks about how Ben Affleck was caught counting cards and other interesting stories.