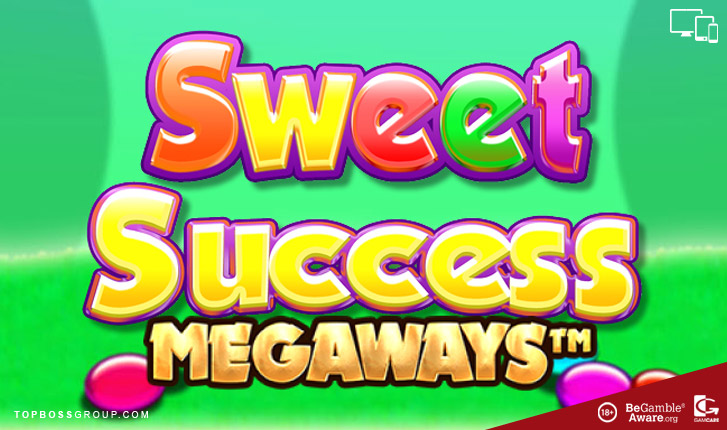 Sweet Success Megaways has been rated by our slots review team and scores an awesome 83% based from the category ratings overall.

Blueprint brings you Sweet Success Megaways Slot which is similar to the Saucify Sweet Success Slot but with a Megaways feature. It is a perfect escape into a world filled with lollipops and juicy looking gumdrops.

The visuals are a riot of colours with dark purple reels set against a bright pink backdrop.

This slot has six reels using 2 to 7 symbols per column. It brings you as many as 117649 Megaways in total in a single round with jackpots reaching as high as 10000x.

Bets on Sweet Success Megaways start at a minimum of $0.20 with the maximum amount being $10. The wagers are not significant and will suit each players bankroll. Furthermore, the maximum bet can lead to some big wins of up to $10000.

The symbols in Sweet Success Megaways slot comprise of the usual playing card symbols 9, 10, J. Q, K and A which appear alongside red, blue and green sweets.

The highest paying symbol in this game is the logo symbol which pays out 50x your stake for 6 of a kind. And it’s also the only symbol in this game that pays out 2 of a kind wins. Furthermore, it can transform into any symbol except for the Wild, which is a chocolate bomb and Scatter Symbols.

The Taste of Sweet Success Bonus Round:

As previously mentioned there are several Bonus Features in this slot. The Mystery Symbol can appear randomly and when it does all the Mystery symbols transform into one symbol which assists you in landing wins.

As you land consecutive cascades, more features can be unlocked. Moreover, after four cascades you will then start earning bigger Pick n Mix Bonuses.

Players can pick five sweets for which they receive a cash offer which you can accept or decline.

Mystery Symbols get added to the reels, and during the spins, each win has a Multiplier of 1x. A re-spin can be re-triggered by landing 3-4 Scatter Symbols on the extra row,

Sweet Success Megaways by Blueprint Gaming follows the usual Megaways slot formula and players can enjoy the cascading wins as well as unlimited increasing Multipliers during the Free Spins Feature. The main attraction in this slot is the Pick n Mix Bonus Feature which brings players some sweet wins.

We can also recommend Survivor Megaways Online Slot and Mystical Santa Megaways which has a Christmas theme. 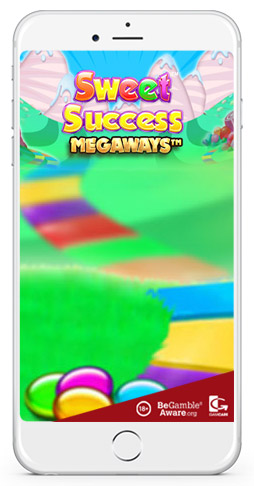