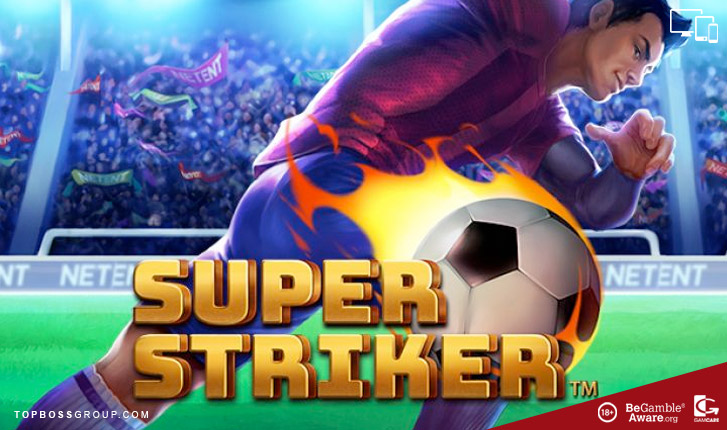 Super Striker has been rated by our slots review team and scores an excellent 87% based from the category ratings overall.

Super Striker Slot by NetEnt is a three-reel five payline slot football slot which gives players the feeling of being at a World Cup Game.

NetEnt has managed to design this medium to high volatility slot in such a way that even players who don’t enjoy the sport will have a “ball.”

The base game is full of excitement wit the Side Bet Feature. Here players can place bets on how many symbols they land of a particular kind. The main attraction, however, is the Bonus Round with five levels of increasing multipliers where wins can escalate.

Get into the football fever and kick your way to a maximum victory of 5000x your stake.

Players can spin the reels of this slot game for as little as $0.10 per round or place the maximum bet of $75. The games RTP is 96.04% and the bet slip mode will improve the level.

A Field of Symbols

In Super Striker Slot the low-value symbols are classic Bar Symbols with the word Goal on them. There are three of these symbols on the paytable of the game- obviously staying in line with a Triple Goal/Hattrick, Double-Goal and Single Goal. The Goal symbols will payout when you land three of them, and what’s more, they also pay when mixed.

The medium value symbols are the Golden Boots, Red Football Boots and a football player worth 10x your wager. The highest paying symbol in Super Striker is the player, or rather the Super Striker kissing his medal. Landing 5 of him on a payline sees you win a 100x your stake.

The Scatters in Super Striker is the Golden Football Symbols and the regular Football Scatter, and these can assist you in winning the jackpot of up to 5000x your stake.

Whenever you land the Golden Football Scatter, you will receive a Golden Multiplierof 10x or 20x and can boost your winnings extensively. Going for Gold is the way to go.

This feature is what I would call Super Striker’s side game. This feature allows you to place bets on how many times a particular symbol will land within a certain amount of spins. This Feature is not new to some of NetEnts games as it is also in their slot game Scudamore’s Super Stakes.

Golden Football Scatters only appear in the Bonus Round, and each Scatter comes with a Multiplier of between 1x and 50x. Your first win is three Free Spins, but the tally is reset to three each time you land a new Scatter. To get to the next level players need to fill the screen with only Golden Football Scatters.

Super Striker Slot by NetEnt is a well-balanced game and one the best football-themed slots in the market currently. The base game has a Golden Multiplier Scatter as well as the Bet Slip Feature adding to bigger winnings. Furthermore, the Free Spins feature has five levels of Multipliers, and a Random Multiplier Scatter. All can enjoy this game as it is more than just watching 22 players kicking a ball around, it’s about winning 5000x your maximum stake.

Prev Next 1 of 3
footballnetentsoccervideo slot 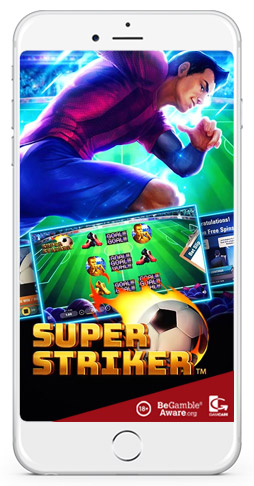