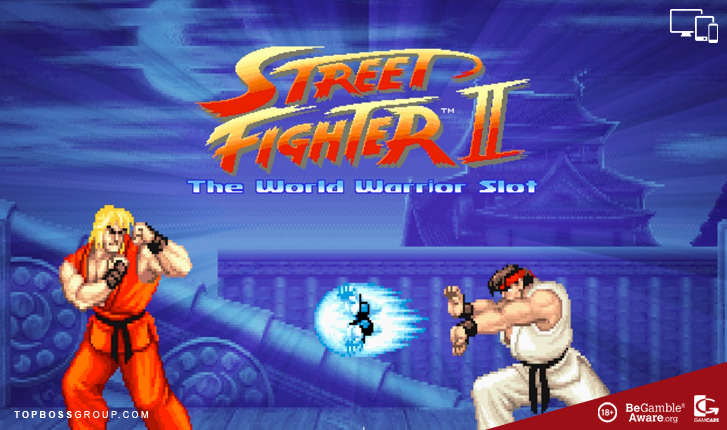 Street Fighter II: The World Warrior has been rated by our slots review team and scores an awesome 84% based from the category ratings overall.

Street Fighter II is a newly released slot by NetEnt.

The reels of this slot game are the original backdrop of the well-known video game. Whichever character you are fighting is shown on the reels on a cluster pays 5×5 grid with Cascading win mechanics.

Each of the eight original characters come with their Wild Modifiers. When your chosen characters meter is at full capacity, you will see him perform his unique moves.

Players need to choose their warrior strategically because they are stuck with him. Moreover, until you either win or lose. Furthermore, note that both RTP and volatility varies somewhat for all of them.

The betting range in this medium to high volatile slot starts at $0.20. Players can place maximum wagers of $700. The games RTP is set at 96.06%

The high-value symbol in Street Fighter II: The World Warrior slot game depends entirely on the character you select and who you are fighting. When the game begins, you will land two Victory Version symbols for each respective fighter as well as 2 Defeated symbols per opponent, and they are all worth up to 30x your wager for a cluster of 16+. Wins are guaranteed when you land the premium symbols as 2x 2 Mega Symbols.

There are eight characters, and each character comes with different volatility and RTP as well as various Wild features:

As you spin the reels there will be a fighter on either side of the reels and damage is dealt to your opponent by landing Premium Symbol Wins. There is also a Wild Meter for each fighter, and it gets filled with 1 point for each Premium Symbol Win. When the meter is full (7 points) the corresponding Wild Modifiers will trigger.

If you lose the battle against your opponent, you trigger the Car Smash Bonus Game where you will smash a car, and you can land wins of between 5 and 15x your stake. Finally, If you want the results immediately, select the Quick Finish option, and it’s then off to choose a new fighter.

Winning the base game battle takes you to the Beat the Boss Free Spins Bonus Round. It’s similar to the base game, but the only difference is the added Win Multiplier feature.

Like the original Video game there are also four bosses to defeat in NetEnts slot game and each one of them come with a Win Multiplier which is as follows:

Beating all four the Bosses can see you earn yourself a hefty 100x Bonus win. Losing against a Boss will take you right back to the base game. Alternatively, you can restart against the same Boss using the Insert Coin Gamble Feature. However, you will have to forfeit a certain amount of your winnings,  but you then get to play at an RTP of between 98.70% and 100%.

Street Fighter II: The World Warrior is probably amongst one of the most anticipated slots to be released. Any avid gamer has or had an existing affiliation to the original CapCom arcade classic. Now the release of NetEnt’s Video Slot has made many an online gamers day. NetEnt has remained true to the original game, and this is evident when the soundbites like Shoryuken and Hadouken resound. Moreover, It’s a game filled with nostalgia. It may take a while before you get into the swing of things, but once you do there will be no turning back. 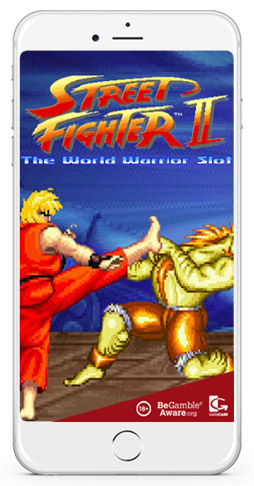