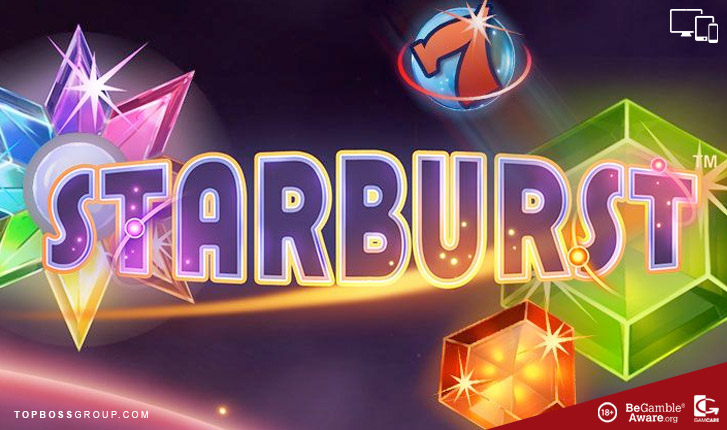 Starburst has been rated by our slots review team and scores an awesome 83% based from the category ratings overall.

Starburst video slot is a Netent powered with 5 reels over 3 rows offering 10 paylines that was released in 2012. Starburst is one of the most popular online slots of all time due to the expanding wild feature. Furthermore it is so well-liked by players that online casinos like Betmate offers Starburst free spins to their welcome bonus.

Starburst slot offers some astronomical wins and is visually breath-taking with its beautiful gems glittering in the background. All enhanced by its rich soundtrack which enhances the cosmic feel of this space themed slot game.

When you hit a win whilst playing this vibrant slot the screen will light up. Thus making the winning feeling even more celebratory because Starburst has wins paid both ways.

Starburst is a low variance slot with frequent wins and tons of small pay-outs. The plus when playing this low variance slot is that it stretches your bankroll. Thereby allowing you to play for longer without emptying your wallet. Don’t be fooled by the small pay-outs as there are some big wins to be had. Namely 50000 coins, now that’s a nice win.

There is also a mobile friendly version of this game available and it is Starburst Touch. This comes with the same features but has been adapted to enable you to switch between mobile and desktop platforms.

Get those galactic reels spinning in this Space themed slot with Arcade Style Game-play.

The betting range on the Starburst slot is at a minimum amount of $0.01 with the maximum being $1.00 per line. The bet level can be adjusted to between 1 and 10 coins making the overall wager $100 per round. Starburst Slot RTP is 96.01%

The top paying symbols are the Seven and the Bar. Lining three or more of these symbols on the 10 active pay lines will give a decent win.

These Wilds have become the defining feature in the Starburst slot and can expand over the whole reel despite only appearing on reels 2, 3 and 4. Once the Wilds appear a re- spin is triggered.

Should another Wild land on the re-spin it too expands and another re-spin is triggered. The maximum number of re-spins is 3. Land the Bar Symbol during the third re-spins you will receive a hefty pay-out

Starburst video slot developed by NetEnt was released over 7 years ago and its graphic quality can rival some of the latest video slots. As its old school symbols have a detailed look and it captures the nostalgia of playing a classic slot machine loved by so many of the more traditional players.

With Wins both Ways as you spin those reels together with the high energy blasting music it’s a slot that builds the anticipation of some nice big wins whilst having reels of fun. What Starburst lacks in the traditional Free Spins and Bonus Rounds it makes up for it in their innovative and unique Expanding Wild Re-Spin Feature.

Prev Next 1 of 3
NetEnt Slotsvideo slot 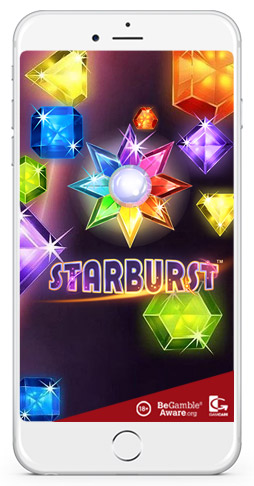