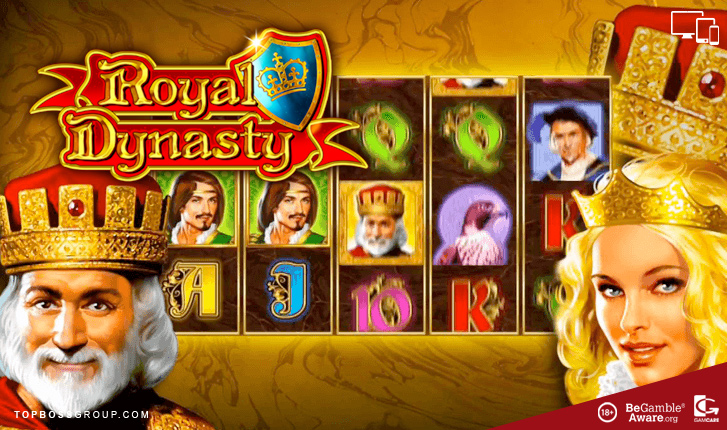 Royal Dynasty has been rated by our slots review team and scores an awesome 76% based from the category ratings overall.

Royal Dynasty a slot machine game by Novomatic which has five icon covered reels over 20 pay lines allowing you to choose how many coins you want to place on the joust.

The Royal Dynasty is set in the Middle Ages and it’s in the Palatial surroundings of a very powerful and wealthy King, the backdrop is modest with a wooden table upon which the reels are placed. The carelessness of the rich, notice a sizeable amount of coins and a bejewelled crown left unattended.

The screen has all the correct colours to give it that Regal feel and the characters brightly coloured garments and shiny ornaments certainly enhance the effect it intended to create.

This Video slot is pleasing on the eye, simplistic in design yet tasteful and well executed. The sound effects compliment the graphics and immerse the players into a world of Royalty even if just for a while.

There are 14 members on this Royal Dynasty and a Bonus Feature. The ones at the bottom of the Realm are the 9 to Ace, with simplistic eye-catching designs. Moving up the Realm is the Shields and Gold Coins followed by the Troubadour, Lion and the Eagle Royal Emblems.

Now things start getting interesting, next is the Prince, the Princess and finally the King who also acts as the Wild Symbol and doubling its value.

The Prince and Princess act as the Scatter Symbols and you will be coining it as soon as you hit three of the same Scatter Symbols. Secondly this winning combination triggers the Bonus Feature.

The Bearded King is this games Wild symbol who replaces all other symbols apart from the two Scatter Symbols. When his Royal Highness is part of a winning combination, your win total will be doubled.

A Dynasty of Free Bonus Spins:

His Royal Majesty continues to feel generous as things just get better while in Bonus Mode, you can trigger this mode again for additional Free Spins by getting 3 of the same scatters. If you are in Princess Bonus Mode, the princess scatters will change to Kings and the same applies should you be in Prince Bonus Mode.

This allows you the opportunity to double your combos while you enjoy playing for free.

This Video Slot by Novomatic has a medium to high variance and the Bonus feature is the highlight of the game offering up a generous amount of Free Spins with a 2x multiplier. If you enjoy the Regal side of things, then Royal Dynasty is the slot for you. 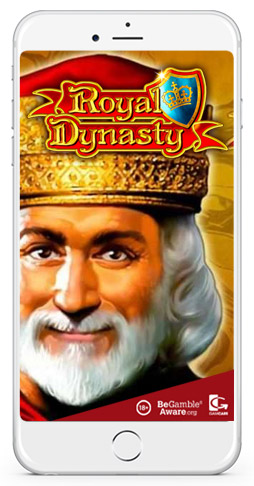