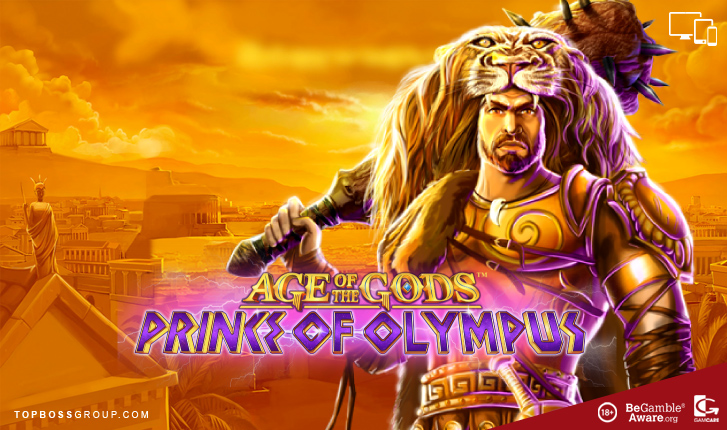 Age of the Gods Prince of Olympus has been rated by our slots review team and scores an excellent 87% based from the category ratings overall.

Prince Of Olympus Avaliable At These Casinos

Age of the Gods- Prince of Olympus is another slot in Playtechs Age of the Gods series and themed around the Greek Gods and this time we are in for a thunderous treat with Hercules the son of Zeus.

Feel his immense strength in this 5 reel, 25 payline slot as the game starts flexing its muscles with its fabulous Bonuses, which comes with Expanding Wilds, Free Spins and triple value wins and the special bonus side game where you will have to battle the horrendous sea monster.

This slot has some spectacular theme related symbols. There is Cerberus the three headed dog, golden fruit, a spiked club and a strengthening Belt. There is also the Nine Headed Beast Hydra, a green gem and the usual 9,10, J, Q, K and A symbols.

Prince of Olympus – Age of the Gods Wild:

Hercules is the Wild Symbol and he substitutes for all the other symbols except the Scatter Symbol and the Hydra Bonus Icon.

A Palatial array of Bonuses:

The Hydra Bonus is triggered when you land the Hydra anywhere on reels 1 and 5. When this occurs you will be redirected to a screen where Hercules is about to battle the multi headed Hydra.

You will then be required to pick three heads out of Hydra’s nine heads to fire your arrows at to win cash prizes and the four arrows will determine a Multiplier for the total winnings.

If the Gods are looking down on you, you may even get lucky enough to experience the Hercules Rage Feature which will do you a great favour by randomly exploding all of Hydra’s heads.

Prince of Olympus Slot has an RTP of 94.82% and I must say very easy to play so the enjoyment factor is enhanced. The three Bonus features are also easy to trigger. Especially one of their four Progressive Jackpots which are triggered randomly. This is a slot of epic proportion with visually appealing reels which bring with them jam packed action.

Where To Play Prince of Olympus Slots

Age of the Gods Roulette Game

Age of the Gods Prince of Olympus Overview

Slots Title: Age of the Gods Prince of Olympus

Age of the Gods Prince of Olympus Mobile Slot 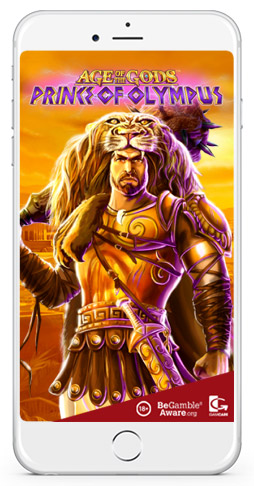