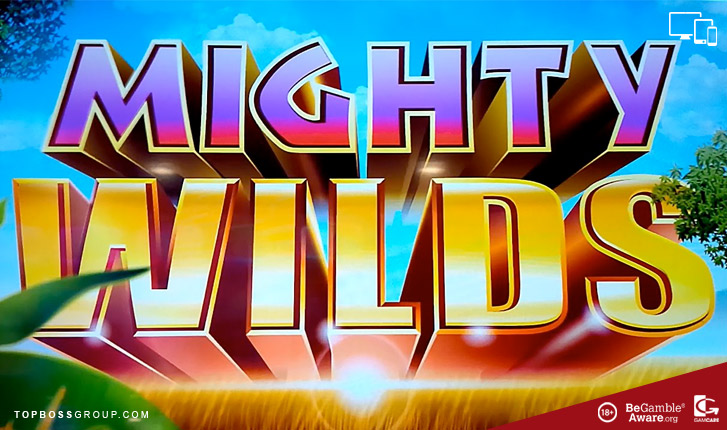 Mighty Wilds has been rated by our slots review team and scores an awesome 82% based from the category ratings overall.

Mighty Wilds is powered by the software gaming company, Ainsworth and has 30 paylines, 5 Reels and 3 Rows.

Mighty Wilds is safari-themed video slot set in the heart of the African grasslands. Experience some of the world’s most thrilling wild animals from a safe distance!

Despite the lack of 3D graphics, the wildlife is depicted in gorgeous HD. The backdrop features a mountain, giraffe, trees and the wide African savannah. The symbols include a selection of wild animals such as, cheetah, hippo, lion, leopard, panther, rhino and the fascinating silverback gorilla. The reels also include playing cards from A to 9.

This simple game allows players to come face to face with some of the most beautiful living creatures to grace this world.

The mighty Lion is the Wild symbol substituting for all regular symbols except the Eye Scatter and Multiplier symbols. The Lion lands fully stacked on Reels 3, 4 and 5 only. Should the Lion appear on Reels 2 or 4 he expands down the reel replacing all symbols. The Wild can also appear during the free spins bonus round.

Land 3 or more scattered Eye symbols anywhere on the reels to receive 10 free spins which differ slightly from the  normal spins: Leopard, Cheetah and Panther symbols only appear on Reels 1, 3 and 5. Lion symbols will expand to fill the reel they appear on when landing Reels 2 or 4.

This bonus game comes with 6 reels; the first 5 reels are filled with regular symbols while Reel 6 features the Eye scatter and 2x, 3x 5x multiplier symbols.

When a winning combination and one of these multiplier symbols appears on the bonus reel, the win gets multiplied  by that number. Land another 3 scattered Eye symbols to re-trigger another 5 free games.

The AutoPlay allows players to select a set amount of spins to turn automatically. There is also an option to set a ‘loss limit’ where the Autoplay will stop after a certain amount of money has been lost, or a ‘single win’ limit where the  Autoplay stops after winning a certain amount in a single spin. 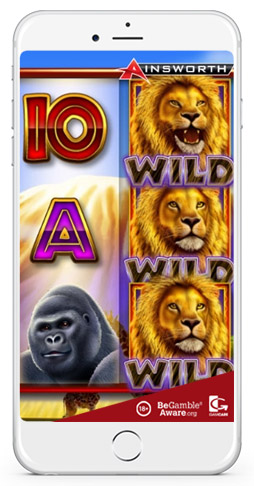