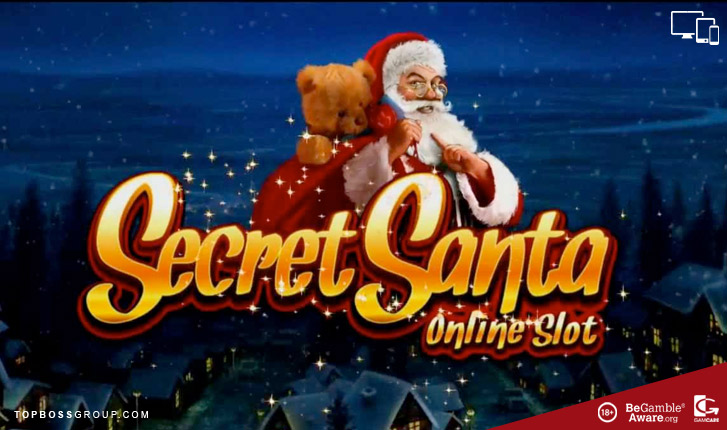 Secret Santa has been rated by our slots review team and scores an awesome 80% based from the category ratings overall.

Secret Santa is a Christmas themed slot with 1024 ways to win. Now that’s a gift one wants to find under the Christmas Tree!

It operates on the Microgaming software platform and you can test the game for free as a test run before deciding to play for real money.

Featuring some amazing graphics across the 1024 pay lines and 5 reels to get you reeling into the Christmas spirit, as the ginormous amount of pay lines mean that you’ll win with matching symbols in adjacent columns not specific patterns.

The background on the reels are snow laden houses, added to this is a Hollywood style soundtrack, a tad kitsch but never the less appropriate.

The main symbols are a range of Christmas icons and the Secret Santa Symbol is the Wild and the Christmas Cracker the Scatter Symbol which pays in any position, there is no Bonus Symbol because this feature is awarded at random.

The symbols for this game are a Christmas Pudding, some Stockings, a Turkey, a Fireplace, Gifts under the Tree and Santa himself who acts as the games Wild.

A Bag full of Bonuses:

The seven bonus features are rewarded randomly as mentioned earlier, when a bonus is received the screen will be enveloped by a large present which will reveal your gift. This is how Santa does it:

Wild Reels: The reels will go wild; all reels will change into Expanding Wild Symbols and the prizes for that spin re- calculated.

Wild Boost: A random will go Wild and the pay-out re-calculated.

Scatter Spree: As you know all symbols act as Scatters and should you receive 3 on your screen you will be in for a treat.

Mystery Multiplier: Now this is the gift of the giver, your win will be multiplied by up to x10.

Rolling Reels: Symbols that made up the winning combination will disappear and be replaced by new symbols, and each new win will increase the multiplier by between x2 -x12.

Dashing Wild: This is a dashing good symbol, once the reels re-spin four extra Wilds will be added haphazardly on the reels.

Free Spins: Now this is Santa’s generosity at its best, he will give you 5 Free Spins with all winnings tripled.

All the above stocking fillers could give you a boost of up to 82500 credits anytime of the year.

A Big Win Again and Again:

A winning combination of 5 symbols, which need to be made up of the Wild or Scatter Symbols, will pay out and the symbols will then turn into another set of matching symbols, making it two five of a kind in a row.

Secret Santa is a slot that can be enjoyed all year round, it is exciting and has feature rich spins that just keep on giving. With its 1024 ways, 7 Mystery Bonus Features, and a special 5 of a kind re-spin we are certain it will even make a Scrooge smile. Once again Microgaming has not disappointed. 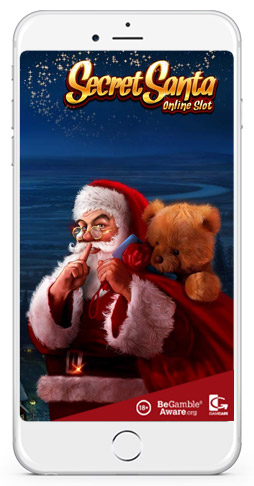