Ruler of the Seas Age of the Gods By Playtech Slots 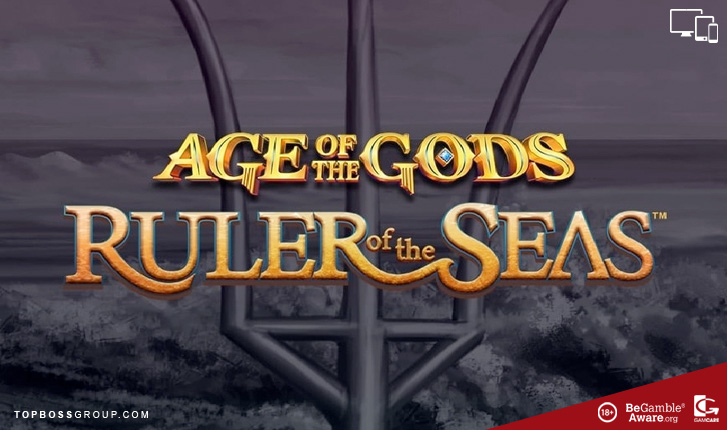 Ruler of the Seas Slots Ratings

Age of the Gods Ruler of the Seas has been rated by our slots review team and scores an excellent 88% based from the category ratings overall.

Where to Play Ruler of the Seas Slot

Ruler of the Seas Slot Features

Age of the Gods- Ruler of the Seas is another great slot from Playtech and is also part of the popular Age of the Gods Series. This new slot is based on the mighty Poseidon and features 5×3 reels and offers 30 up to 90 paylines.

This new release is jam packed with additional features which include Free Spins and a 5 Respin Options as well as four, yes four Progressive Jackpots and we know the Gods are good, and as long as you remain loyal and persistent they will land in Stacks, rewarding you with some nice cash prizes.

Prepare to meet Poseidon, Medusa, Athena, Cyclops and Pegasus in this visually appealing slot with Poseidon leading the way to some Godly rewards of up to 7500x total stake.

How to Play Ruler of the Seas Slot

When betting on Ruler of the Seas you have can choose to spend $0.15 to $150 each round which means 15 coins with denominations up to $10.

Symbols on the reels of this new addition to the Age of Gods series include A, K, Q, J, and 10 Card Suits. The other Gods will also be present which are Pegasus, Cyclops, Medusa, Athena and of course the God of the Seas Poseidon and many other mythical creatures.

The Scatter Symbol is represented by the Trident and to activate the Free Spins feature the Scatter is needed on reels 1.3 and 5

As you have guessed Poseidon is the highest paying symbol in this Age of the Gods Slot, and is followed by the magnificent yet deadly Athena. Medusa who is portrayed as a beautiful alluring woman yet she can in an instant turn you into stone. We then move onto Cyclops who was blinded by Odysseys ending off with the angelic flying horse Pegasus.

Poseidon is the highest paying symbol and 5 on a pay line will reward you with 3.33x your stake

When you land 2 Trident Scatters on the reels in the base game you will trigger one of the five Respin Features and each Scatter is replaced by a different coloured frame which depends which Respin Feature you have landed as each one corresponds with a different Greek Deity.

The Free Spins Feature will be triggered when you land 3 Trident Scatters on reels 1.3 and 5 during the base game. When this occurs you can choose from 5 different options and all free spin features are played on a reel set with 8 rows giving you 90 paylines and you start this feature off with 5 freebies and can be retriggered by landing more Scatter Symbols.

Each Free Spins Feature has its own modifiers in This Age of the Gods Ruler of the Seas Slot and they are the same as the Respins but this time you get to choose what option you’d prefer. The options are listed below:

Ruler of the Seas Jackpot Games

Ruler of the Seas Slots Verdict

There is a lot going on in this new release in the Age of the Gods Series by Playtech but don t be discouraged as it’s not as complicated as it may first seem. This one focuses on Poseidon the brother of Zeus and Hades. It’s basically each of the 5 Gods applying their own rewards in the Respins and Free Spins Features making sure that you don’t walks away empty handed and surprisingly Medusa Free Games Feature can give you wins of up to 7500x your stake on each free spin , now that’s a twist one does not expect especially from this hissing woman. Overall a slot filled with lots of actions and chances to walk away with some nice cash prizes.

Age of the Gods Ruler of the Seas

Ruler of the Seas Age of the Gods By Playtech Slots

age of the godsprogressive slot

Apollo Power Age of the Gods Slots By Playtech

Age of the Gods Ruler of the Seas Overview

Slots Title: Age of the Gods Ruler of the Seas

Age of the Gods Ruler of the Seas Mobile Slot 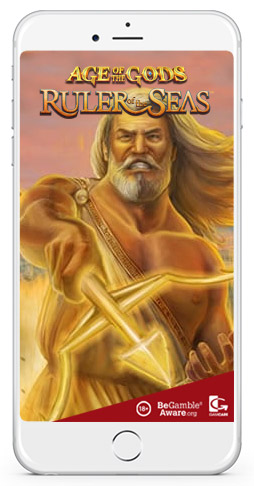