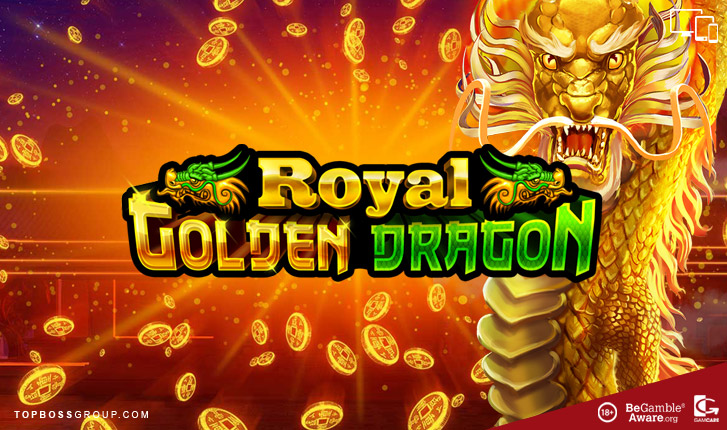 Royal Golden Dragon has been rated by our slots review team and scores an excellent 87% based from the category ratings overall.

Royal Golden Dragon is an Asian themed slot by Swintt. It has some stunning features as well as crisp animated visuals combined with exciting sound effects.

In East Asian mythology, dragons are believed to have sweeping powers. They breathe clouds, move the seasons and control the waters of the rivers, lakes and oceans. They also symbolise wisdom strength and hidden knowledge and an embodiment of untamed nature.

In Royal Golden Dragon you will experience a variety of transformations as you travel to the Temple of the Dragon in this 5×3, 20 pay lines slots. Furthermore, discover some fantastic features that will increase your bankroll in this mobile-friendly Dragoneous slot.

The symbols you will find in this slot game by Swintt are Yuan Bao, Golden Turtles, Coins, Golden Bell, Drums, Porcelain Jar and Golden Letters.

The highest paying symbols are Yuang Bo and the Golden Turtles and pay 1200x and 800x respectively for five of a kind.

The Scatter Symbol in Royal Golden Drago is the Chinese Temple, and this symbol triggers the Wheel Bonus Feature.

The Wild in Royal Golden Dragon is the Dragon himself and situated in the centre reel only. There is another Dragon Wild that expands in the columns during the Free Spins Feature.

When a player hits three or more of the Scatter Symbols, they will launch the Wheel Bonus Feature

When the Wheel Bonus feature comes into play by landing three or more Scatter Symbols players will get to win a series of free spins or pocket instant win cash prizes. During the Free Spins, Wild symbols can expand to cover entire reels. The Free Spins can also be re-triggered with further Scatter symbols.

Royal Golden Dragon Slot is a quality game for players who enjoy bonus features. The graphics are superb, and the sound effects allow for immersive play as you go on a quest to protect the wealth of the Great Chinese Emperors. 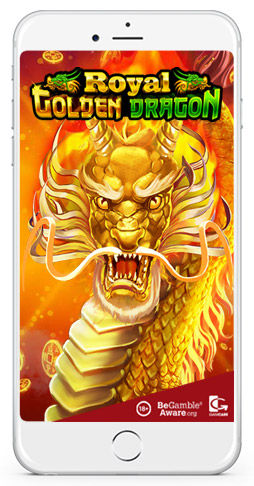