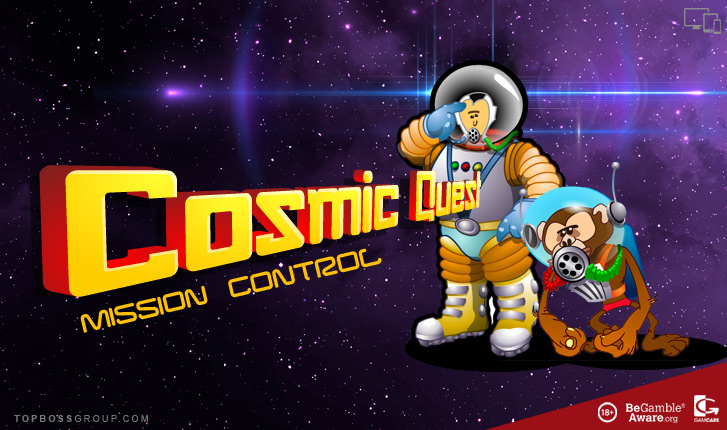 Cosmic Quest - Mission Control has been rated by our slots review team and scores an awesome 89% based from the category ratings overall.

Cosmic Quest – Mission Control is powered by the software gaming company Rival and has 20 paylines, 5 Reels and 3 Rows.

Mission Control is part 1 of a two part series – the second part is Mystery Planets.

This quirky i-Slot takes a journey through the stars of the cosmos discovering other planets. The colourful graphics have been designed with a lot of imagination and sense of humour. The futuristic sci-fi soundtrack in the background is accompanied by an eerie twinkling sound, resembling the inner workings of a spaceship. The retro symbols include rival astronauts, space monkey, tubes of space food,
space station, satellites and a ray gun.

The average Return to Player percentage is 95.00%

The Red Rocket is the Wild symbol which will substitute for all other symbols, except the scatters, helping to create winning combinations. Should the Red Rocket Wild appear during a free spin, it will transform into an expanding wild by covering the entire reel.

The Space Monkey is the Scatter symbol which can appear anywhere on the reels. 3 or more scattered Space Monkeys trigger 10 free spins and activate the expanding wild.

The thrilling Bonus feature to take advantage of includes:

Pink Pilot is the Bonus symbol. Land 3 or more across the reels to activate the Asteroid Blasteroid skills-based game. A new screen will appear, pilot the spaceship through an asteroid belt. The aim is to blast and destroy asteroids of various sizes, each having a fixed value amount. The more that get destroyed, the higher the prize will be when the round ends.

Select the AutoPlay option to spin the reels automatically without interruption for a selected amount of times, adding convenience and speed to gameplay. 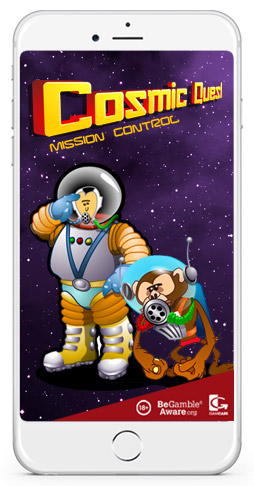