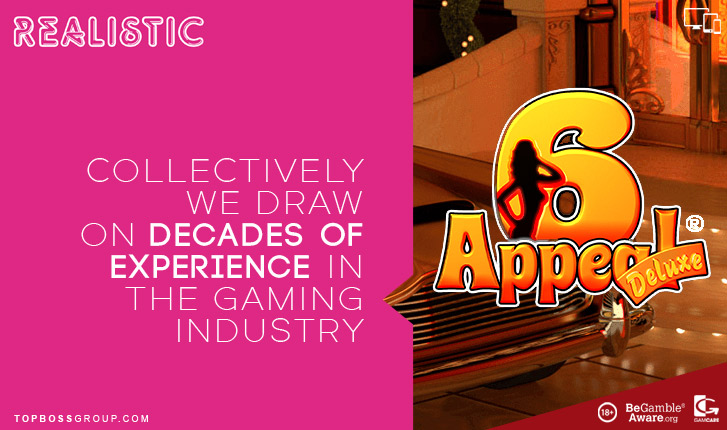 Realistic Games is a private company which was founded in 2002. The head office is located in Reading, UK with another office in Gibraltar.

The team at Realistic Games has decades of collective experience in both the terrestrial and digital arenas. With their depth of product knowledge in the gaming industry, Realistic Games creates high quality and unrivalled content for some of the world’s leading gaming operators.

The premium quality gaming content is created by a passionate and professional group of designers and players of gaming products, artists, technologists combined with the commercial and marketing teams.

How Many Games does Realistic Games Have?

What Awards Has Realistic Games Won?

Realistic Gaming has won awards, some of which include:

How did Realistic Games Begin?

Realistic Games was initially started in 2002 via third party platform providers, with the release of a few games between 2005 and 2009. Amongst their first customers were gaming companies such as Bet365, BetFred, BetVictor, Ladbrokes, SportingBet and Stan James.

In 2008, Realistic Games concluded that providing content via third party providers wasn’t a great advantage to them. Due to the dissemination of IP, costs, limited technical scope and distribution constraints they decided to branch out on their own.

For the next two years their team of technology experts developed the Realistic Games Library – or ReGaL for short.

Realistic Games became stronger and more successful; between 2013 – 2016 they struck deals with high-profile  gambling operators in both the UK and Europe.

In August 2017 Realistic Games became one of the first B2B providers to be granted the new Game Host licence. And in April 2017 their first ‘responsive’ HTML5 only game -Symmetry, was released across desktop, mobile phone and tablet devices.

What type of Slots and Games does Realistic Games offer?

Realistic Games creates games to the highest standards and great attention to detail. The games provide fair and entertaining play with functions that remain familiar to players.

The diversity of games will captivate a range of tastes!

The Realistic Games library is also known as ReGal which is produced in-house. ReGal uses commercial software written in Java which is scalable, robust and high-capacity. It also supports many ways of gambling from single, multiplayer, fixed odds to progressive and tournament gaming.

Realistic Games has released their first 3D table game – Realistic Roulette which was created with the latest WebGL.  This allows players a full view of the environment while playing. Realistic Roulette also makes use of real life land-based ball spins to increase the realism!

Other interesting games include a variety of Pull Tab titles which are similar to scratch cards, the difference being that players can place a bet on the outcome of the revealed symbols.

Does Realistic Games have a Mobile Platform?

In 2012 Realistic Games were one of the first suppliers to produce HTML5 mobile casino content by launching a few high quality table and slot games.

The games have been developed for a wide variety of devices, including Android, iPhones and iPads.

BetMate Online Casino – All in One

Rival Casinos Where To Play The Slots