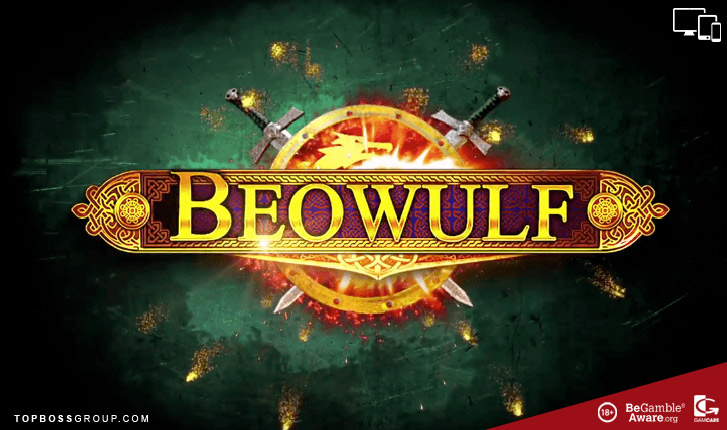 Beowulf has been rated by our slots review team and scores an awesome 87% based from the category ratings overall.

Beowulf is powered by the software gaming company Quickspin. This game has 25 paylines, 5 Reels and 3 Rows.

Beowulf is based on the medieval English poem which tells the epic story of the warrior. Beowulf and his battles with the evil monster Grendel and a fire-breathing Dragon. It is said this old poem is the longest of its kind with over 3 180 lines!

In 2007 this story was made into a computer-animated film starring Sir Anthony Hopkins, Robin Wright and Ray Winstone.

Set in Scandinavia, brave Beowulf stands in front of a snowy mountain bracing for the huge adventure ahead. Grendel is a frightening monster with wicked eyes, green skin, and a necklace of shrunken skulls. There is also a Princess, Viking Warrior, King and the Dragon.

The low value card symbols are embroidered with a Celtic-style and the higher value symbols are depicted as the various characters from the poem. The graphics are excellent with comic book style images of the characters from the poem including King Hrothgar and his wife, Queen Wealtheow, Wigalf and the evil Grendel. The dramatic soundtrack in the background is appropriate for all the action. The superb features and top-notch visuals make Beowulf an epic adventure not to be missed!

The Wild symbols are the Horn, Sword and Dragon.

The Gold Horn Wild symbol can substitute for other symbols besides the Free Spins Scatter, Sword symbol, and Dragon bonus symbol. When the Sword Wild symbol appears it will remain frozen. Should the Dragon Wild appear, the Sword will be removed

The Dragon is Grendels mother who represents the Scatter symbol. Land 3 or more Dragon symbols to trigger the Free Spins Dragon Fight feature.

Grendel Attack triggers at random which appears when the sky above the reels turns red. A certain amount of Wild symbols will lock into their positions for a set number of Re-spins. Observe how Beowulf steps out from the side of the reels to slash the evil Grendel!

1 Re-spin will be awarded for each monster that Beowulf slays. When Beowulf returns to his position, a selection of stacked Wild symbols will appear which remain frozen for the duration of the Re-spins.

Land 3 or more Dragon Scatter symbols anywhere on the reels to receive Free Spins. The amount of Free Spins won will be determined by how many scatter symbols land. Receive up to 3, 10 or 20 Free Spins!

Extra Free Spins will be awarded when Beowulf slays the Dragon.

The AutoPlay option sets the reels to spin automatically without interruption for a chosen number of times. Simply click the Spin button to set the reels in motion. 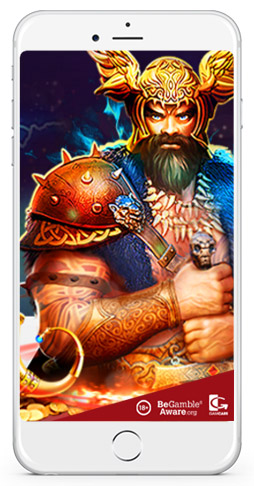