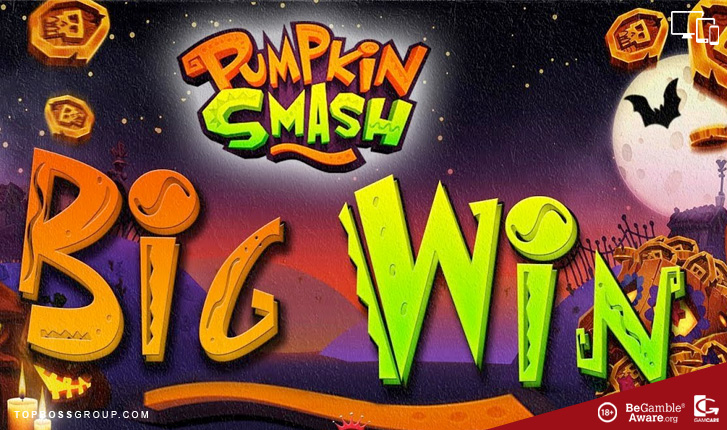 Pumpkin Smash has been rated by our slots review team and scores an awesome 80% based from the category ratings overall.

Looking at Pumpkin Smash by Yggdrisal

Pumpkin Smash is a Yggdrisal 5 Reels, 20 Pay-line slot with Free Spins, Multipliers and Bonus Features. It can be found at most Yggdrisal online casinos.

It is based on the Day of the Dead holiday, or Dia de los Muertos which is celebrated in Spanish-language countries. The day is to remember friends and family who have passed.

The visuals are creative with skulls, skeletons and a spooky cemetery background. Get your hands on a few pumpkins for a chance to win some smashing treats!

The Wild substitutes for all symbols except the Pumpkin Bonus symbol.

Land 2 or more Carved Pumpkins to trigger the bonus feature. For each Bonus symbol on the reels, 1 Pumpkin will be awarded to be smashed for a prize. Each smashed Pumpkin awards between 2- 20 prizes, the bigger the Pumpkin the more prizes it contains.

The slot awards between 7-32 Free Spins when landing 3 or more Pumpkin symbols, or when the Bonus game triggers a Free Spins prize.

During the Free Spins feature, the Pumpkin Smash Bonus can be re-triggered with up to 16 Free Spins. There is also  7 x multipliers and cash bonuses up to 875 x the total bet.

The Auto spin can be used to turn the reels automatically without interruption for a chosen number of times. Players can set how many  spins they want to auto play.

The mariachi music adds spirit and life to the game especially when the banjos speed up as the reels start to spin.
This is an entertaining slot with a bonus feature that is enjoyable and can be lucrative. 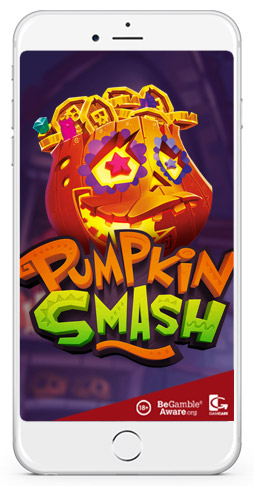