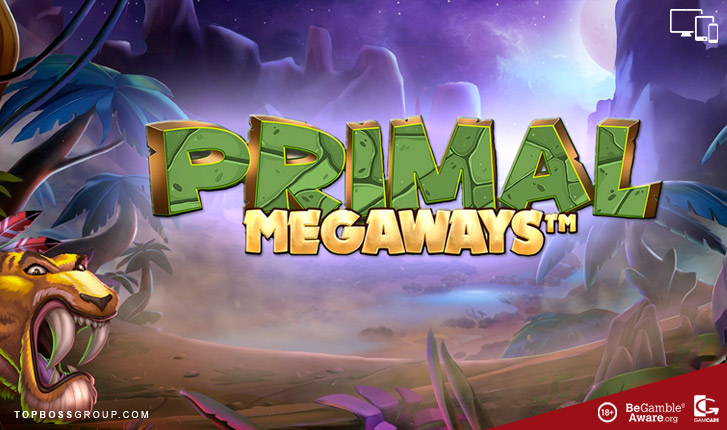 Primal Megaways has been rated by our slots review team and scores an excellent 86% based from the category ratings overall.

Primal Megaways Slot from Blueprint Gaming has a whopping 46 556 pay-lines. This video slot  comes with a pre-historic theme and the main attraction is the Free Spins feature which comes with multiplying Wild Multipliers.

Primal Megaways plays out on 6 reels, 3to 6 rows and a stunning 46556 pay lines, mind blowing is what I would call it. The visuals are extremely authentic and the background is a picturesque view of lush forests from that era and the pay symbols look well aged which combines nicely with the theme and the dramatic sound track.

Get ready for a stampede by some of the biggest mammals that have ever lived on Earth as we travel back in time to the Palaeolithic age when man was insignificant and beasts ruled.

The symbols in this slot game are mainly semi 3D pre-historic animals with some superb animations and the most valuable symbol is the woolly Mammoth who will pay out 50x your bet for 6 on a line. There is also the Sabretooth Tiger, Rhino, Warthogs, Moose, and of course the low paying card suit symbols that pay between 1x and 0.5x for 6 on a pay line.

The Scatter Symbol is the Mammoths skull with the word bonus on it and this symbol triggers the Free Spins Feature.

The Wild symbol in Primal Megaways video slot is the Paw of the Sabretooth Tiger and appear on reels 2 and 6 only.

The Free Spins Bonus Feature is what this game is really about, and there is also a Mystery Symbol that will be beneficial to you in the base game and it will often land in stacks turning whole reels into the same symbol adding some nice rewards to your bankroll

Additional Free Spins can also be had during this feature by landing at least 2 Scatters. The Wild Multipliers land on reels 2 across to reel 6 and can multiply with one another boosting your pay-outs.

Another important factor to bear in mind is the fact that during the Free Spins Feature you are guaranteed a win of at least 10 x your bet. Should this feature end before you have won that it will re-trigger and give you another chance, now that’s an added bonus.

This Mammoth of a Megaways slot from Blueprint Gaming is not for the faint of heart as its high volatility can create havoc. Or as the avid gambler may see it, adds to the excitement and pulsating thrill of the game. The win potentials are fantastic as players can win up to 50000 x their bet when wagering the maximum amount.  Conquer this beast and walk away a winner.

Prev Next 1 of 3
blueprint gamingmegawaysonline slots 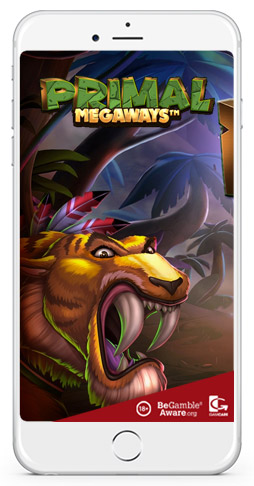