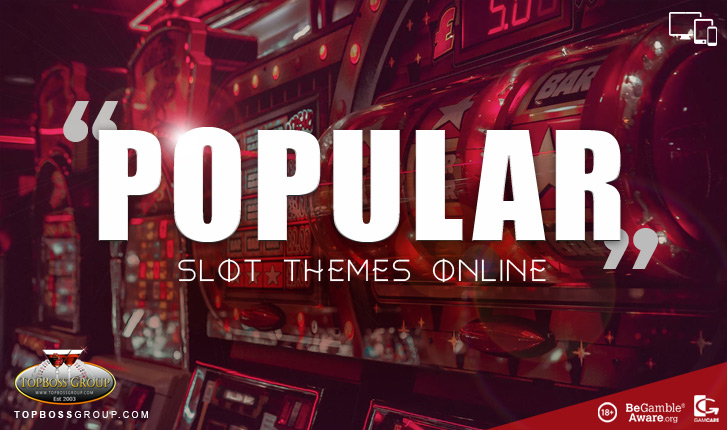 4 Of the Most Popular Slot Themes Online

In this article, we discuss the most popular slot themes online. A few years ago, slots were very basic and were mainly classic slots. These were also known as fruit machines. The reels had symbols like bells, lucky 7’s and various fruit. Over the years slots have developed and now include a story-line which all adds to the excitement of playing slots.

Slots now include 3D animations and graphics, great sound and even footage from movies or TV shows. There are literally thousands of online slots available covering every theme imaginable. There is a slot out there for everyone.

Players choose popular slot themes online for various reasons. Some look at the features of the game or what kind of jackpot is on offer.

Many players look for a slot that they are familiar with or a slot machine theme that interests them. Casino game developers have taken advantage of this and have created slots based on movies, popular music shows, musicians, TV shows, comics and superheroes and famous actors and actresses.

With retro-tech becoming increasingly popular, there is also an abundance of classic style slots that have been given a modern makeover!

Online slots based on movies are always a popular choice. Ghostbusters and Jurassic Park are two online slots based on popular movies. IGT is well known for developing good quality movie-themed slots and these themed slots will often include symbols that are related to the movie and often the theme song will be played during the game.

Many of the slots will also have footage from the movie as well as featuring the actors and actresses from the movie. When players activate a bonus round they will often be rewarded with some of the movie footage.

Movie-themed slots include Dirty Dancing, Top Gun and Wizard of Oz. Even though these movies were made years ago the slot they are based on is still being played.

TV shows have become big business and developers have realised this and have developed online slots based on shows like Game of Thrones, South Park and Star Trek.

Like movie-themed slots, these will also feature footage and music from the shows. With TV show slots, a player will find one, as there is a wide and varied range to choose from.

Slots based on comic books such as DC comics have taken off in a big way. Developers have succeeded in bringing these popular superheroes to life in online slot games.

The fact that many of these comics have been made into movies has increased the popularity of these. Popular themed slots include Man of Steel, Wonder Woman Jackpots and Superman the Movie.

For real money slots players who enjoy the world of the Orient, Asian themed slots will offer them beautifully designed slots with breath-taking scenery, martial arts and ancient Asian customs.

For the adventurous slot player, Egyptian-themed slots are a great choice. Many of the Egyptian themed slots focus on the Book of Ra which is very much like the movie The Mummy. This is where players go in search of the Golden Ark. Or meet the Queen of the Nile while in search of buried treasure or precious artifacts from long ago.

Themed slots are always a big hit with players as there is a game for everyone. Online slots offer great value for money and with the free play option players can try out different themes until they find one they enjoy.