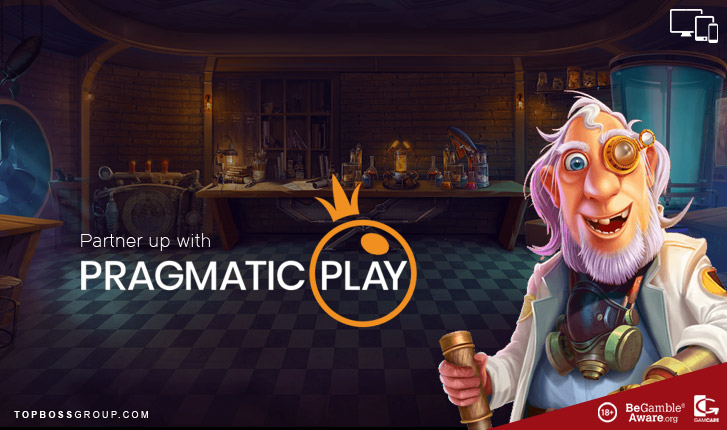 An exciting new deal between one of the industry’s biggest online casinos and one of its most innovative games makers took place recently, bringing the games of Pragmatic Play to the screens of PokerStars Casino players around the world. The move includes new releases such as DaVinci’s Treasure and Peking Luck, as well as a host of other slots games both old and new. “We are delighted to have secured a deal with one of the biggest businesses in our industry,“ said Pragmatic Play’s Chief Business Development Officer, Yossi Barzely, who clearly sees a partnership with one of the biggest operators in the industry as a major feather in PP’s cap.

Pragmatic Play may not be a familiar name to many slots players, but a whole host of their games certainly will be. Classic slots such as Wolf Gold are part of an impressive portfolio of over 100 titles that are unique to the company. What’s more, they are constantly creating and innovating to provide new titles and new engaging gaming experiences for their fans.

Yossi Barzely described the new partnership with PokerStars Casino as one of the most significant in the company’s history. It caps an exciting year for the company, in which they have also acquired Extreme Live Gaming. This will give them access to a wider range of products, including scratch cards, bingo and new video slots, positioning them to take major strides forward in the industry.

The company couldn’t be a better match for PokerStars Casino, which specialises in slots. They currently have a huge selection of over 400 online slots available to play, with a range that covers every interest and theme you can think of. From the Naked Gun and Top Gun movies to soccer themes, there is a slot for you. You can play with your favourite music, from Motorhead to Jimmy Hendrix, your favourite heroes, from Lara Croft to Cleopatra. You can even combine your favourite games with the roulette slot or Frankie Dettori’s horse racing game.

Pragmatic Play games will certainly be in rich company on the PokerStars Casino site. With no less than 16 slots offering a jackpot of over $1m at the time of writing. These include the famous Millionaire’s Island and Stars Mega Spin, both offering over $2m and Mega Moolah, which currently has a mammoth jackpot of $9,527,725 (and 81cents if you want to be precise).

You might think that such life-changing payouts would be a once in a blue moon occurrence, but no. The Millionaire’s Island slot paid out over $1m twice in July 2017, with the breathtaking wins just twenty days apart. Last Boxing Day, a player from the Ukraine won $2.5m with just a 50c stake. In fact, this collection of slots has paid out $1m plus jackpots every two months for the past two years. With sixteen more bulging prize pots up for grabs, it looks like they will continue to do so.

Earlier this year, a player from Lower Saxony got a record-breaking $4m with just $2.50. All while he was waiting for his tea to warm through in the oven after work. He broke the previous PokerStars Casino record of $3.3m, which had only just been set in March. Both wins took place on the Mega Fortune game. This game currently boasts another huge rolling jackpot of over $3.5m.

It is essential for casinos to constantly improve if they are to attract new players and retain their current customers. The slots market is especially tough, with so many free spins offers and new slots games tempting players away, so operators have to be at the very top of their game if they are to survive. PokerStars Casino clearly hopes that the new deal will cement its position as one of the leaders in the field. Especially when PokerStars Casino Partners with Pragmatic Play.

“Pragmatic Play strives to create consistently engaging content that players love,” explains Barzely. “Each high-quality game developed in our studios represents our mantra of innovation and dedication. We are looking forward to partnering with PokerStars Casino and producing great new content for them.”