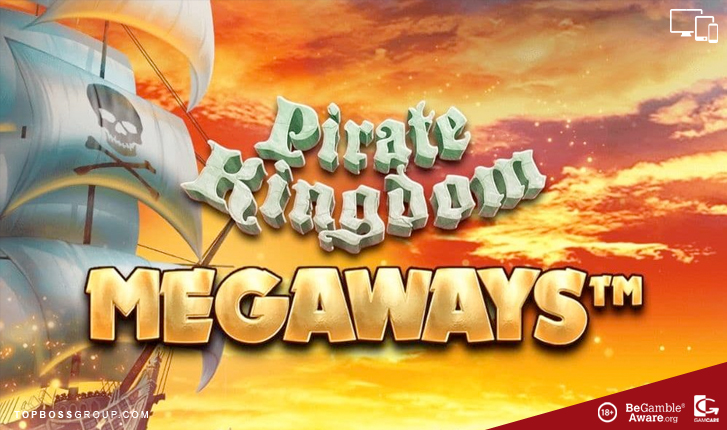 Pirate Kingdom Megaways has been rated by our slots review team and scores an excellent 87% based from the category ratings overall.

Ahoy, you seafaring Buccaneers, cast your eye over the Pirate Kingdom Megaways Slot by Iron Dog Studios. It’s a slot game where you can go on a Pirate plundering adventure without the risk of disappearing into the blue yonder or losing an eye as you battle for treasures.

Enjoy this Megaways slot game on your desktop or mobile as you discover and meet the motley crew of characters in Pirate Kingdom Megaways with varying symbols on each reel which brings you wins of between 64 and 117649 ways to win across the six reels.

The soundtrack is very “seafaring and pirate”, and blends in superbly with the theme and the skull and crossbones logo sits perfectly positioned above the reels and each symbol looks like blackened metal. There is also a bone framed meter and this in conjunction with the blackened metal symbols light up as you spin those reels to the special bonus features this game has hidden in its trove of treasures.

Let’s haul anchor and set sail for the seas as we shiver our timbers into the dark blue yonder.

Pirate Kingdom is a Megaways slot which means each reel will contain between 2- 7 symbols. Moreover, the more symbols you land per reel, the more Megaways. Those fortunate layers who land seven symbols on each reel get the maximum 117649.

A Chest of Symbols:

The symbols in Pirate Kingdom include A, K, Q, J and 10 Royals as well as Treasure Chests, the Ships Wheels, a Male Pirate. The Pirate Captain and a very Busty Woman. The most rewarding symbol is the Pirate Captain rewarding you with 25x your bet for 6 in combination.

The symbol with the Two Pistols on is your standard Wild Symbol and replaces all the symbols. It appears on all the reels excluding reel 1.

As you progress you will also see an x2 Multiplier Wild Symbol on reels 2 through to 6. Up to three of them can occur on the same spin. When two or more land on the same spin the Multiplier values are combined. Two of these symbols will give you a 4x Multiplier, 3 of them will increase your wins by 8x. These x2 Wilds replace all the symbols.

For those players who don’t want to wait for the Free Spins Feature to organically trigger have the option to buy the feature. It will cost 30.50 or 90 times your bet and will, in turn, receive 6.8 or 10 Free Spins respectively. You can also buy one locked reel which will cost you anything between 40, 80 or a 130x your bet.

During the Free Spins Feature, all the reels that land the maximum of 7 symbols will become Sticky. Each Sticky reel will increase the Multiplier by a factor of 1x. Furthermore, every consecutive win will reward you with more Free Spins with no max being placed on how many Free Spins you receive or for that matter how high the Multiplier can go.

Although Pirate Kingdom Megaways does not come with a Jackpot, you are in for a treat with some serious wins. The max wins in this slot game reach as high as 40000x your bet in this highly volatile slot.

Play with the highest bets, and you could be the winner of a Treasure Chest filled with up to a $1000000 on a single spin.

Pirate Kingdom Megaways comes with a unique feature which is the seven symbol Sticky Reels Feature which has not been seen before in a Megaways slot. The potential is massive in this game, and that’s thanks to their Progressive Multiplier and Locked Reels allowing for more Megaways and increasing the Multiplier. Another bonus is the fact that there are also an unlimited amount of Free Spins and during this feature, the symbols lock guaranteeing you a certain number of Megaways. In a nutshell, this is a superb first attempt by Iron Dog using this engine, and we look forward to more. It has already become popular among UK players at Jungle Reels Online Casino. Ahoy me, Matey! 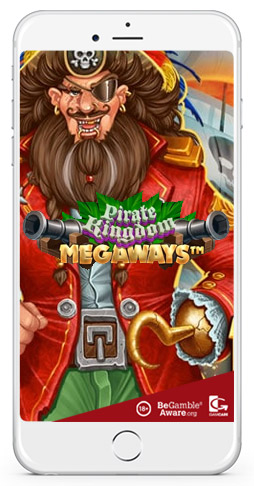