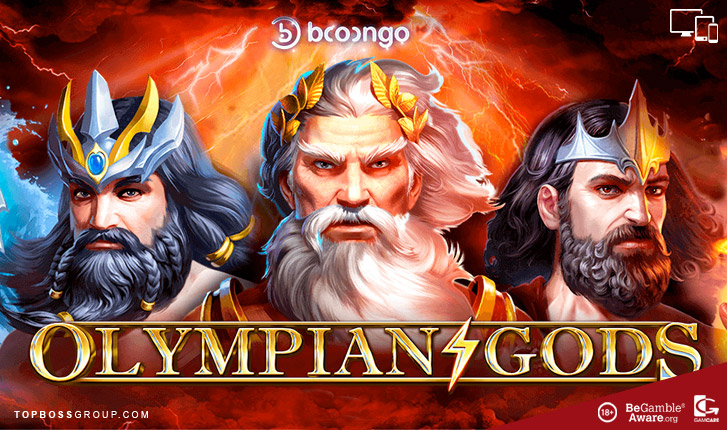 Olympian Gods has been rated by our slots review team and scores an excellent 88% based from the category ratings overall.

Olympian Gods Slot by Booongo Games unleashes the power of the Gods. This 5 reels 50 pay-line slot is beautifully designed and action packed. It has an adventurous take on the Ancient Greek deities. It has a 5 x 4 configuration and can catapult a 500 x total stake for a single round.

Olympian Gods is a well-designed Greek themed game and very pleasing on the eye. The 3D artwork is rich in detail and the keyboard is designed with vivid colours. The music is powerful and comes with dramatic sound effects taking one back to the Ancient Greek era.

It is also a slot that excels when it comes to mobile gaming. Moreover, allowing players to play on smaller devices. The bet-lines are also fixed and only the highest win per pay-line is cashed out.

Time to beat the Gods at their own game and start collecting some money.

Players of Olympian Gods can spin for as little as $0.20 per click or increase it to the maximum wager of $100 per spin. The Zeus symbol has the best reward and pays up to a $1000 per line (10x your stake) which means you could land up winning $50000 in a single spin.

The symbols in this game are split into two categories, the low paying card Royals and the images of Deities and mythological creature such as Zeus, Poseidon, Gryphon, Pegasus, Lion, Temples, Cerebus and the Lightning of Zeus.

The Temple symbol is the games Wild Symbol and can substitute for all other symbols except the Scatter. The Wild also only appears on reels 2, 3, 4 and 5.

The Lightning of Zeus is the Scatter Symbol which triggers the Free Spins Feature and they only appear on reels 1, 3 and 5.

We start off with the games Stacked Symbols and these have an impressive potential which could land up bringing you Super God like Wins if the reels get filled with these symbols.

The Lightning of Zeus triggers the Free Spins Round and you can win multiple rounds in this feature. The Scatters only appear on reels 1, 3 and 5 and you can be awarded up to 10 Free Spins when you land three of them simultaneously.

Land another 3 Scatters thereafter and you will re-trigger the feature again and receive another bunch of Free Spins.

Olympian Gods is an average Booongo slot and comes with regular features, however, the graphics are superb. The soundtrack is also extremely engaging and can be enjoyed as you spin those reels during the Free Spins feature or collect Stacked symbols for some mind blowing payouts. Become the envy of Mt Olympus as you earn your weight in Gold whilst spinning the reels of Olympian Gods. 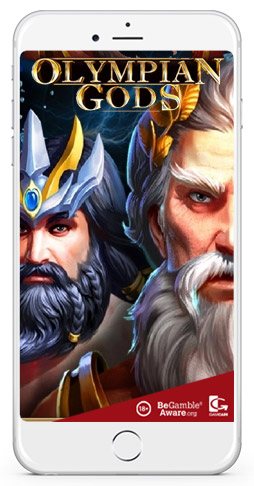