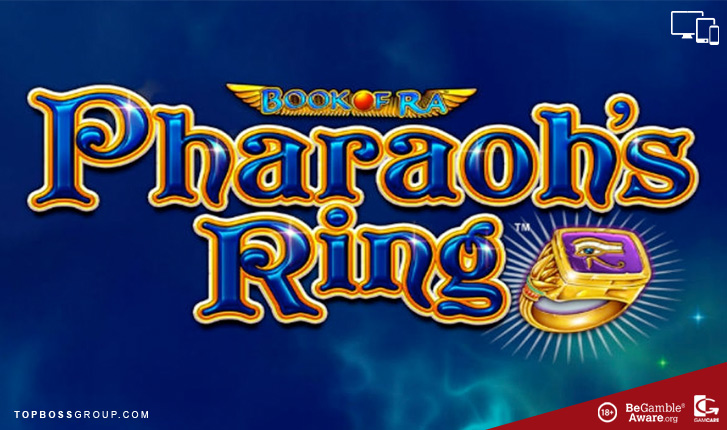 Pharaohs Ring has been rated by our slots review team and scores an awesome 76% based from the category ratings overall.

We’ve ventured into Pharaohs Tomb, searched for Treasure on the Nile, and hunted his fortunes, we are now being allowed to examine his ring and its hidden powers.

Pharaohs Ring is 5-reel, 3 rows, 20 pay line Ancient Egyptian themed Video Slot by Novomatic. Symbols on the reels include Bast (the Egyptian Cat God), Scarab Beetles, the Winged Goddess and Pharaoh himself who pays out the bigger wins, 10.J, k, Q and A make up the lower symbols.

The animation is done in true Novomatic style and the soundtrack is average and lacks the Wow factor. In saying this it may not look like other slots graphically but don’t be fooled as it offers tons of action and delivers superb results, as they say never judge a book by its cover or in this case a Pharaoh by his ring.

Pharaohs rings betting range starts with a minimum bet of $0.25 and a maximum of $100 and can be played on your Desktop Mobile and Tablet. This Video slot has an RTP of 95.16%.

Scatters to Die For:

The Book of the Dead is both the Scatter and Wild Symbol, it will replace all other symbols to form winning combinations apart from Pharaohs Ring.

Pharaohs Ring is an optional Wild symbol which can be purchased for 25% of your stake by clicking on the designated button situated above the reels.

A Ring of Extra’s:

Whilst playing Pharaohs Ring extra bets can be triggered, when this event occurs the Ring symbol becomes a Wild symbol hence increasing the players chances of more wins.

The Ring must however appear on reels 2 and 4.

The Free Spins are triggered by landing 3 or more of the Book of the Dead scatter symbol anywhere on the reels for which you will receive 10 Free Spins.

Prior to the Free Spins starting the Book of the Dead will randomly reveal a symbol which when landed may expand to cover all the positions on that reel, it can subsequently also pay out as a Scatter Symbol for an extra win.

This is for the risk-taking adventurer, this feature allows you to gamble your winnings by choosing the correct colour of the card, be it red or black, to double your win but should you choose incorrectly the Pharaohs Ring will take away all your winnings.

Good Luck and may the Gods look upon you!

As previously stated this Video Slot Pharaohs Ring is far from original however there are more than enough ways for players to walk away with some decent wins with the help of the Wilds, Special Expanding Symbols and the Extra Bet Feature. Give it a try and see what the Pharaoh has in store for you this time round.

Reel Wheels Slot – Squeeze the elephants in the car

Guardians of Ice and Fire Slot by PG Soft 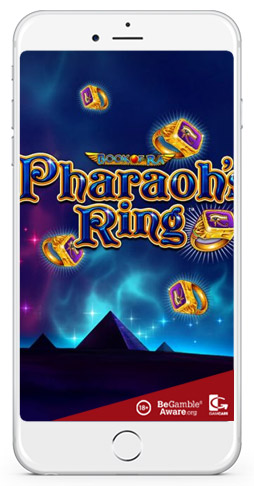 Reel Wheels Slot – Squeeze the elephants in the car

Guardians of Ice and Fire Slot by PG Soft