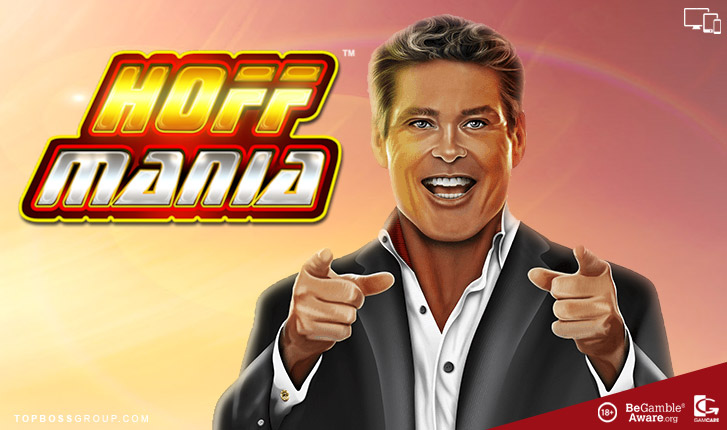 Hoffmania been rated by our slots review team and scores an awesome 81% based from the category ratings overall.

Hoffmania is powered by Novomatic, an Austrian software developer. This game has 243 Ways to Win, 5 Reels and 3 Rows.

Hoffmania is based on the legendary David Hasselhoff, also known as ‘The Hoff’. He played the major role of the popular TV Series Knight Rider and Baywatch. In Knight Rider he was a private detective with a talking sports car Kitt, and in Baywatch is the muscular life saver running on the Californian beaches. David Hasselhoff has also topped the singing charts in Germany!

Now the ‘Hoff’ has his own slot where you can win prizes for playing poker with him, help him distribute autographed memorabilia, or meet his biggest fans including the sexy redhead Carly and Bridgette, the beautiful brunette.

The graphical are superb with charming symbols including his female fans, autographs and the regular playing card symbols from 9 to Ace.

The average Return to Player percentage is 94.16%

The Hoffmania logo is the Wild symbol replacing all other symbols besides the scatter. The Wild appears on reels 2, 3 or 4.

The Scatter symbol is the Golden Hoff – an Oscar-style statue. Land 3 or more Golden Hoff scatters to win an initial 5 Free Spins and activate the Hoffmania Free Spins Feature.

The Bonus feature to take advantage of includes:

Land 3 Golden Hoff Scatter symbols anywhere on the reels on the same spin to trigger the Free Spins bonus game. Whenever a Scatter lands during the feature, 1or 2 extra spins will be awarded or a multiplier which will increase from 1x up to a maximum of 5x.

After each winning spin an option will be presented to Gamble your winnings. Simply guess whether the next card drawn from a deck of cards will be red or black. For a correct guess wins will be doubled, get it wrong and all wins will be lost.

The AutoPlay allows the reels to spin automatically for a predetermined number of times. There is no need to reset the Autoplay after a feature, just click Start to set the reels back into motion. 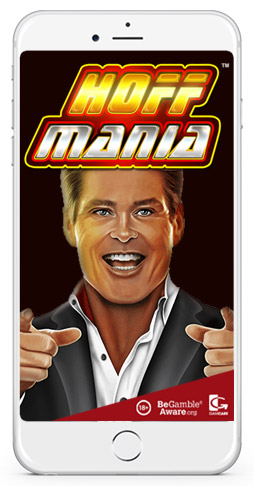