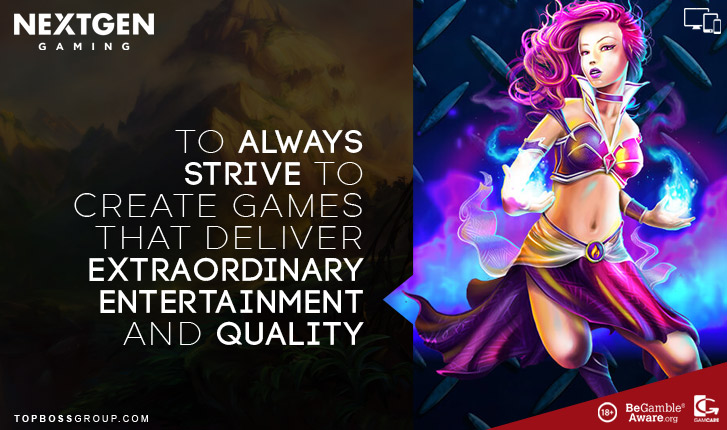 Our review team has rated Nextgen Casino Games on the categories below and Nextgen scores an awesome 81% ratings overall.

Nextgen Gaming is an Australian casino games software provider with their Head Office based in London. They are  part of SG Digital, a division of Scientific Games and employ over 50 staff. These guys are responsible for the creativity and innovation of the games. They are also responsible for ensuring the safety and security that players expect when playing online games.

Nextgen took a B2B approach where many of their games are licensed to bigger name brands.

Sometimes players are not even aware that the games they are playing are Nextgen games.

Some of the larger gaming platforms include Aristocrat, Amaya, Bally, Play’nGo and Yggdrasil.

How Many Games does Nextgen Have?

Nextgen has more than 125 online slots and some casino games.

What Awards Has Nextgen Won?

Nextgen has won awards including:

How did Nextgen Gaming Begin?

Nextgen Gaming was established in 1999, a relatively small company that was quietly releasing top-quality casino games.

In 2011, Nextgen was bought out by tech giant NYX Gaming Group.

In the meantime, NYX Gaming has been taken over by Scientific Games to create SG Digital. However Nextgen still continues to develop their software.

What type of Slots and Games does Nextgen offer?

The titles include many different genres from classic and retro reels to movie themed. These are fantasy or nature and unique futuristic creations.

Most of the Nextgen slots are the modern 5-reel but some games adhere to the classic 3-reel set-up.

Additional game enhancements can be unlocked to create a quirky game-play experience:

Slide a Wild is a patented game feature which allows manual control over the placement and behaviour of certain symbols.

Up Wild lets the wild symbol make its way vertically up the reel leaving extra wilds in its wake!

Does Nextgen offer a Progressive Jackpot?

There are three progressive jackpot titles which can be won at random on any spin:

Does Nextgen have a Mobile Platform?