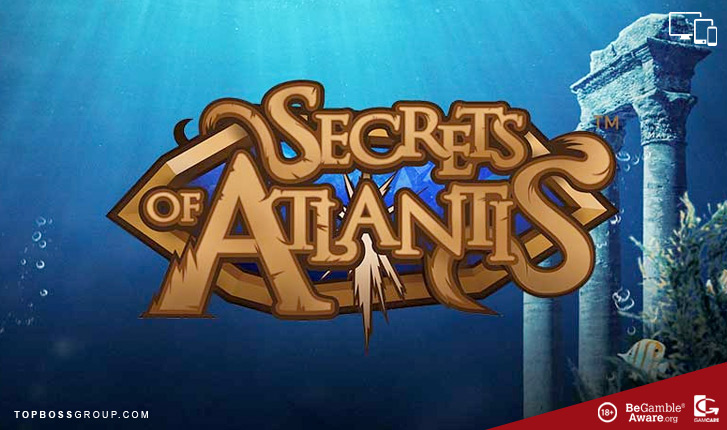 Secrets of Atlantis has been rated by our slots review team and scores an awesome 80% based from the category ratings overall.

Play Secrets of Atlantis At These Top Rated Casinos

About Secrets Of Atlantis Slots Game

This mystical city was first mentioned in the works of Plato the Ancient Greek Philosopher to strengthen his beliefs on strength and superiority of a true nation.

Secret of Atlantis is a five reel, 40 payline Video Slot from NetEnt and is playable on all devices, players can enjoy finding some long-lost treasures anywhere and at any time and win some nice cash prizes.

The reels are visuals of the ruinous city dissolving in the salty waters of the Atlantic Ocean, and rays of sunlight shining down on them creating a city filled with magic and hidden secrets.

The tranquillity of the game is based around Ancient Greek Mythology and the symbols on the reels include turtles, crabs, jellyfish and gem versions of these underwater creatures. The clam is the highest value symbol and rewards players with 400x their line bets if 5 are achieved on the payline, now that’s worthwhile diving into. The mystery is enhanced by a Mermaid and she is the wild symbol so don’t let here elude you as she glides into the unknown depths of the Ocean.

Players stand a very good chance of finding their own treasures when diving underwater to the City of Atlantis as this slot machine comes with 40 paylines and are fixed into position allowing the player to discover the winning combinations of 3 or more sequences.

Even more rewarding is the fact that the game allows sequences to be formed in either direction, from left to right or right to left, when a win is hit a line bet multiplier will be awarded as per below:

The line option allows players to bet a min 0.01 credits and max 1.00 credits.

The Highlight feature is where symbols appear on the 3 middle reels on every spin at random, should all 3 symbols on the middle reels be highlighted, a Colossal Symbols Re-Spin is activated and all three reels will change into 1 reel with Colossal symbols on it, this is a 3×4 symbol block.

If the reel with the Colossal symbols is completely highlighted players will then receive an extra Colossal Symbols Re-Spin.

Secrets of Atlantis Video slot does not offer the traditional free spins feature however offers the two bonus features as mentioned above, the key to aiming for the big win is via the Colossal Symbols Re-Spin and more so should you hit the Colossal Stacked Wild.

Wins can be as large as 1600 times your stake on every single spin on this medium variance game.

The Secrets of Atlantis offers notable visuals especially for slot enthusiasts who enjoy big, bold graphics filled with the secrets of the blue abyss. It may not be the big win slot however its colossal icons, re-spins ad nudging wild mermaid features allows for some exciting bonus action. 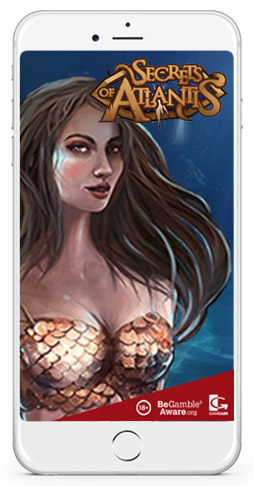