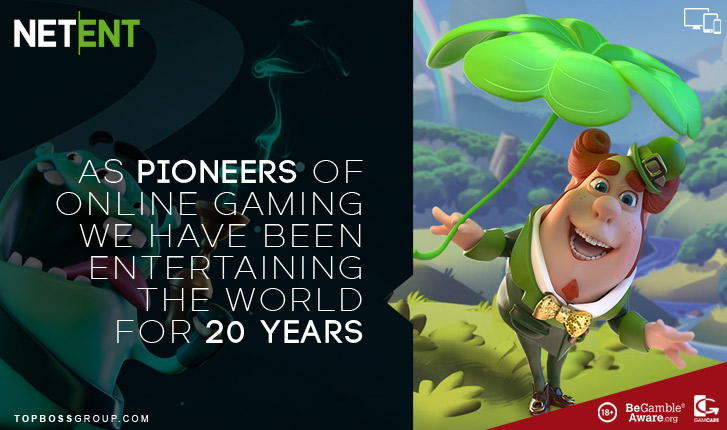 Our review team has rated Netent gaming software based on the categories
below, which we feel are important to any new cash depositing players that has no prior experience or knowledge playing Netent’s casino games.

Our rating scores are based from our experience and rated collectively as a review team, Netent scores 91% overall.

Introduction To Netent Games and Casinos

NetEnt is one of the most innovative, forward-thinking game developers in the industry. They have offices in Sweden, Malta, Ukraine, Gibraltar, USA and Poland. All the 47 nationalities working at NetEnt have the same goal, which is a passion for the best in online gaming!

NetEnt is a true pioneer in driving the market with its cutting-edge and thrilling games. Moreover, the talented team takes pride in providing flexible digital casino solutions. NetEnt produces mainly Instant Play browser-based games. Additionally, The games are accessible anytime and anywhere on desktop and mobile.

August 2022: Netent’s iconic Starburst slot celebrates its 10th anniversary, and still remains one of the most popular Netent slots among online casino players.

Taking place in the depths of the ocean, Reef Raider is a NetEnt cluster slot. This grid consists of seven x seven symbols with which you can form clusters of five or more symbols. As symbols that make up a cluster disappear from the grid, new ones are able to appear, potentially allowing for more winning combinations. As long as there are no wins, the Avalanches continue until the Treasure Trail is depleted.

How many Netent Games are there?

NetEnt has over 200 innovative games, with high-definition graphics and incredible sound effects. They release new award-winning games every month. NetEnt also produces a range of gaming software for table and live games.

What Awards Has Netent Won?

NetEnt has won numerous awards, some of which include:

Having won numerous industry awards over the years is the ultimate proof that they are doing something right!

How did Netent Begin?

The forefathers of NetEnt founded a gambling business in the ’60s which became known as ’Cherry ‘- one of the world’s earliest online casinos. One of the founder’s sons went on to establish NetEnt with a focus set on the online gaming industry. Netent, as it is known today, started in 1996 in Sweden. Today the NetEnt share is listed on Nasdaq Stockholm Stock Market.

What type of Slots and Games does Netent offer?

There is an impressive selection of over 200 slot games available. The variety of games includes 3 Reel Classic slots and 5 Reel Video Slots. Added to this, are Video Poker, Table Games and Progressive Jackpots.

The NetEnt video slots have unique animated themes for each game. Moreover, every game has a specific theme and storyline with great detail. Furthermore, some games have a  selection of bonus rounds that can unlock great wins.  Some games will activate the bonus round with as little as one scatter symbol. However, Some games activate a bonus round when scatters appear on all five reels.

Although the modern, multi-pay-line video slots are in the forefront, good old classic slots are still as popular as ever. NetEnt features an outstanding choice of traditional classic slots.

Does Netent offer a Progressive Jackpot?

The Mega Fortune jackpot featured in the Guinness World Records for a record-breaking payout of €17.86 million. Furthermore, In 2015 Mega Fortune also broke a world record in mobile gaming, with a payout of €8.6 million!

Does Netent have a Mobile Platform?

The games include popular table games, classic slots and the best video slots. Furthermore, every month new Netent Touch titles get added to their collection of mobile casino games.