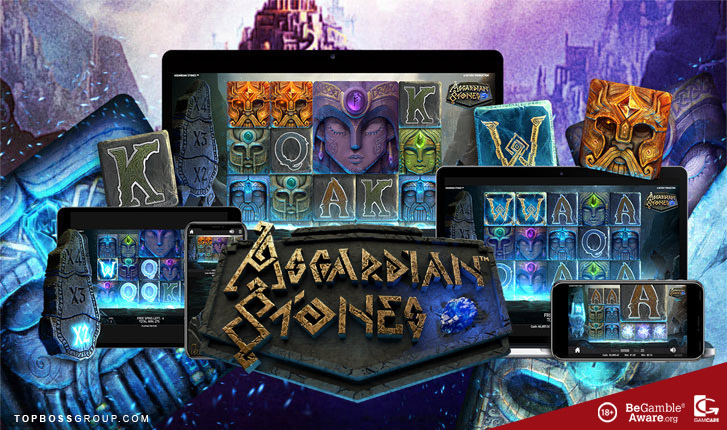 Asgardian Stones has been rated by our slots review team and scores an awesome 80% based from the category ratings overall.

Asgardian Stones is a Net Entertainment slot game which has 20 paylines, 5 Reels and 3 Rows.

Asgardian Stone takes place in the distant past where only the bravest warriors gained entry through the gates to live among the Norse Gods. To enter Asgard, the world of untold riches, the warrior needs to crush the colossal, mystical stones which are carved in the likeness of the Gods.

Embark on a breathtaking adventure to Asgard, which is one of the Nine Worlds and home to the god Odin.This innovative ga me has excellent 3D graphics, intricate animations and an epic, cinematic soundtrack in the background. Asgardian Stones features ancient Stones that avalanche to destroy the symbols below them to create winning combinations. The symbols include the Stones carved in the image of 5 different Nordic gods.

Asgardian Stones features the Avalanche or Cascading Symbols play format. This means, instead of reels, the symbols drop down from the top of the screen, when a winning combination is formed, the symbols will then get crushed and more symbols avalanche down from the top. This can lead to consecutive winning potential!

The Stone Tablet on the left of the screen displays the 2x, 3x and 4x Multipliers.
Each consecutive win will increase the multiplier by 1x.
The maximum win on a single spin can reach 2000x the stake.
The average Return to Player percentage is 96.31%

The ‘W’ is the Wild symbol which replaces other symbols adjacent to it except the Bonus Wheel. The Wild can occupy up to 9 positions on the reels and can complete winning combinations.

This game has no spinning reels, instead the symbols will fall down in an Avalanche into position. With a winning combination, the relevant symbols explode to making space for another avalanche of symbols to fall down. This will continue until there are no more wins.

When Colossal symbols land on an Avalanche they will crush the symbols below them and increase the multiplier up to 4x.

Colossal Crush triggers at random causing a colossal symbol to crush the symbols beneath. The Bonus Wheel awards cash prizes and up to 25 free spins. Free Spins awards up to 15 free spins and the Bonus Wheel can be re-triggered.

The Colossal symbols have the power to crush the symbols beneath them.
Colossal Crush can be activated at randomly andthe multiplier increases by one, with a maximum multiplier of 4x.
This feature will continue until the Colossal symbol lands at the bottom of the screen, or there are no more empty places.

The Bonus Wheel symbol appears on Reels 3, 4 and 5 as a Colossal 3×3 Symbol.
The Wheel will award prizes whether it lands fully or partially on the grid.
Win prizes such as Instant wins with up to 300 coins and 15 free spins.
The Wheel can also be re-triggered for up to 25 additional free spins.

Depending on how many times the Bonus Wheel goes around depends on whether 5, 10 or 15 Free Spins are given.
The Wheel can be re-triggered for up to an extra 25 Free Spins.
During the Free Spins the Wild symbol can also land as a Colossal Wild which gets split into 1×1 Wild symbols when forming part of a winning combination.

The AutoPlay option can spin up to 1 000 consecutive spins without interruption and offers a range of options as to when the auto-run should stop. 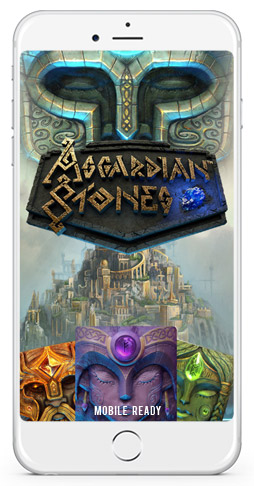