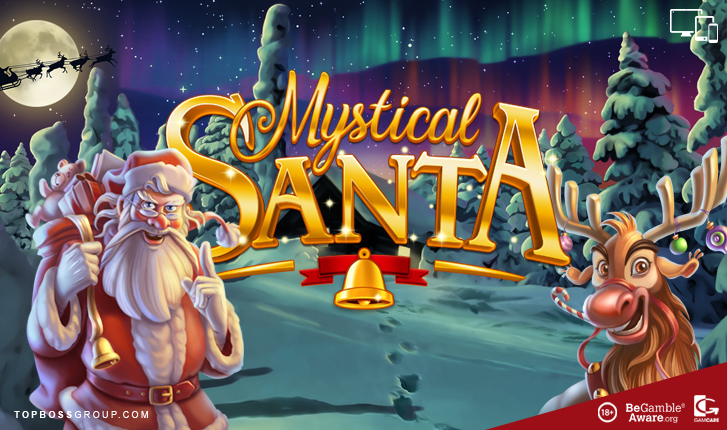 Mystical Santa Megaways has been rated by our slots review team and scores an excellent 88% based from the category ratings overall.

Mystical Santa Megaways is a game that was created by Stakelogic to get those avid gamblers into the Christmas Spirit. It’s visually pleasing as its set in the North Pole with the snow-capped forest as the backdrop. Furthermore, Mystical Santa has superb bonus features to boot.

The betting range in Mystical Santa Megaways starts at $0.20 with the maximum being $40 per pay line. No need to worry though as the wins are substantial, as high as 9720x your stake. This medium variance slots also has a decent RTP of 96.11%.

A Stocking Full of Symbols

The ambience is perfect, and this is due to the careful thought that has gone into the symbols. There are Santa and his reindeers flying across a full moon and reels encapsulated in Holly.

The low-value symbols include A, K, Q, J, 10 and 9 Royals. The higher paying symbols are Snowmen, Rudolph, Santa and Elves with Santa being the most rewarding symbol.

Herewith the paytable for landing six on a payline:

In Mystical Santa Megaways, there are two types of Wild Symbols. The first one is the Wild Christmas Bauble. This bauble can replace all other symbols and help you form winning combinations.

The second Wild Symbol is the box with the golden W on the side of it. This is the slot games Multiplier Wild. This random Multiplier will pop up wherever it lands, and you can benefit from Multipliers of either 2x, 3x 5x or 10x. Landing more than one Multiplier Wild will see your values multiplied together for the potential of some big wins.

When playing, you will, at times, encounter a smiling elf in the front of the reels. This little man causes fireworks to explode on the reels, which turn into at least one Mystery Gift Box. When the Mystery Gift Box opens, it will reward you with one of the four following gifts:

To trigger the Free Spins Feature, you need to land at least 4 Christmas Tree Scatter Symbols anywhere on the same spin. This will give you a minimum of 12 Free Spins; after that, you will receive five extra spins for every Scatter you land over and above the initial 4 to trigger the feature.

The Free Spins Feature can also be re-triggered by landing a further 3 or 4 Scatters giving you an additional 5 or 10 spins respectively and the best part there is no restrictions on how many times you can do this.

This slot game Mystical Santa Megaways is a real Jingle Bells all the way kind of game. It has Multiplier Wild symbols, Mystery symbol with four different features; Free Spins with unlimited re-triggers and a 9720x win potential. Playing Mystical Santa Megaways now will be like an early Christmas with all these games giving and rewarding features, so why wait to start celebrating early.

Prev Next 1 of 3
cascading reelschristmasmegawaysstakelogic 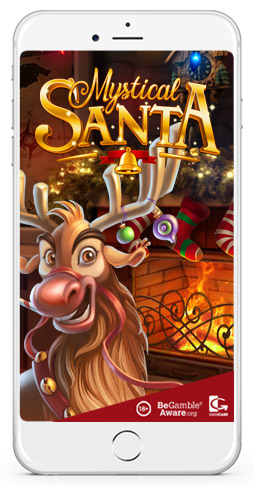