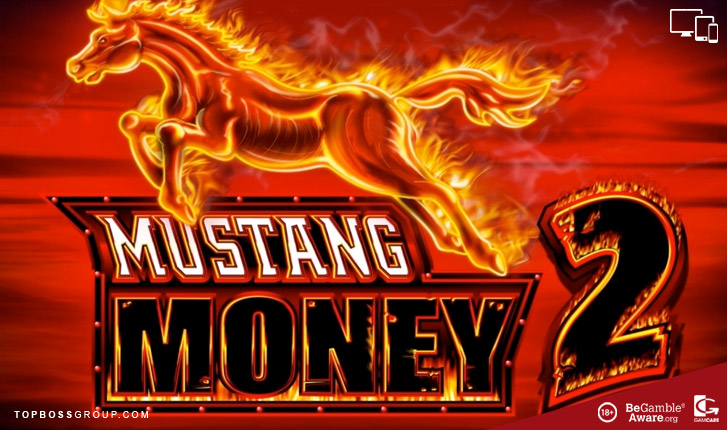 Mustang Money 2 has been rated by our slots review team and scores an awesome 85% based from the category ratings overall.

The Mustang Money 2 slot is the sequel to Mustang Money Slot, a popular Ainsworth Game Technology video slot. Capture the wild spirit of the American West and the wild mustang horses.

These untamed mustang horses were first introduced to the Americas when the Spaniards explored the vast continent. The tough mustang horses are the symbol of the pioneering spirit of the West and have earned protected status as a result.

Spin the reels of Mustang Money 2 which has 5 Reels and 20 Pay-lines.  One might expect this slot to offer more than the original Mustang Money, but that isn’t necessarily the case. There are fewer pay-lines, smaller jackpot prizes and no multipliers involved in the Free Spins.

Mustang Money 2 is compatible with iPhone and Android devices.

There are 20 adjustable paylines which can change in steps of 5. The payout amount depends on the value of the matching symbols in the payout table, as well as the bet placed before spinning.

Mustang Money 2 symbols include Gold Bars, Dollar Sign, Eagles and a sun-kissed Canyon. The reels also include the lower value A to 9 playing cards.

The Mustang Horse acts as both the wild and scatter symbol landing only on the middle 3 reels.

Land 3 scatter Mustang horse symbols on reels 2, 3 and 4 in any position to trigger 10 Free Spins. During free spins round the Mustang scatter symbol gets Wild powers to substitute for other symbols to help complete winning combinations.

The only symbol that cannot be replaced by the Mustang Wild is the special
‘Mustang Money’ that gets added to the reels during the free spins feature.

When the Mustang Money symbol appears on reels 1 and 5 during the Free Spins,
a mini game will be triggered where both the end reels become filled with sticky wilds while the other three reels will re- spin which will hopefully create a winning combination where a new payout is made.

An additional 5 free spins can be re-triggered when 3 Mustang symbols appear.

There is no progressive or fixed jackpot to be won on Mustang Money 2 slot.

Players who enjoy classic-style slots games will certainly want to give Mustang Money 2 a spin.

The slot is entertaining and offers a very generous winning potential. The straightforward game-play comes with vibrant and eye-catching graphics. This is an entertaining game ideal for both high rollers and casual players alike. 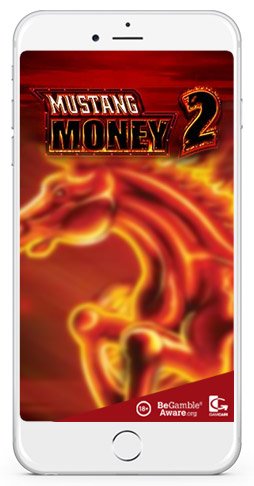