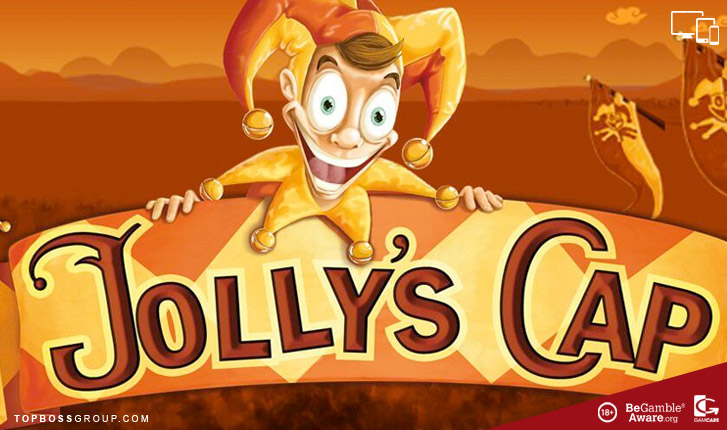 Jolly's Cap has been rated by our slots review team and scores an awesome 79% based from the category ratings overall.

Jolly’s Cap is a simple minimalistic online only video slot game with 10 pay lines and 5 reels, brought to you by Merkur Gaming, the theme is crazy and enjoyable funky sideshows.

Jolly’s Cap is a Jester in the Kings court from the medieval times and his name is Jolly and as you have guessed his cap is of particular interest in this slot game. The reels on this slot are basic but the background is a collage of castle ramparts and rolling hills that glow in the setting sun creating giving it that regal touch.

This casino slot allows you to become the jester, whether you are a King, Queen or the Royal Horse and the magic Jolly’s cap will do the rest. This game is extremely funny and entertaining and has amusing sound effects to boot.

This Video Slot also has two built in risky games, and the one can be played after you have won a round should you want to gamble with the prize you may just have won in the hope of increasing your winnings. The choices are either the card game or the ladder game, so as they say in the classics “Let the games begin”

When you land 5 Wilds you are on the way to a big win however the King or Queen as is expected can also enhance your bank balance by 10000 and 5000 coins respectively.

Jolly’s Cap only has four high value symbols and they are the King, Queen, White Horse and an Eagle. The lower value icons are represented by 9,10, J, Q, K and A.

The basic Wild is Jolly himself and he substitutes for all the other symbols except the scatter which is represented by Jolly’s Cap which is also a Wild Symbol.

This is triggered each time Jolly’s Cap lands; this symbol is a wild and it will convert up to two of the other symbols on the reels into wilds. How will you know they are wilds, well they will be wearing caps?

Jolly’s Cap can be gambled by pressing one of the two Gamble buttons which in turn will trigger one of the two games:
The Left Button will start a card game where the player must predict what colour the next card drawn will be, red or black to double your money.

The Right Button starts a ladder climbing game which takes skill, the gamble button needs to be pressed to mount the prizes on the rungs.

The wrong choice will cost you all your winnings on either games and the maximum win amount is 140 coins.

Putting a Cap on it:

Jolly’s Cap is a genuinely rewarding game, it’s funny and is reminiscent of the era of simple slots. The RTP is also favourable at 96.40% and allows aficionados and newbies alike a fair chance at winning a sizeable prize. 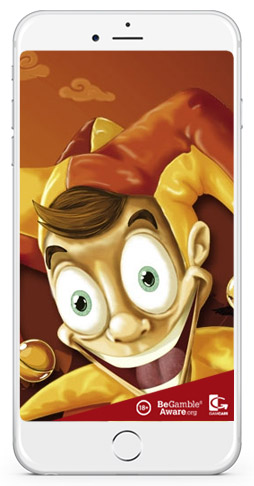