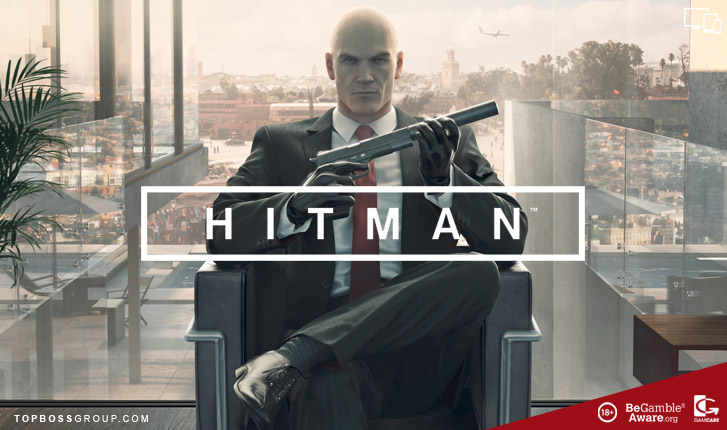 Hitman has been rated by our slots review team and scores an awesome 90% based from the category ratings overall.

Hitman is powered by the well known software gaming company Microgaming and has 15 paylines, 5 Reels and 3 Rows.

Join the mysterious world of the Hitman known as Agent 47. Agent 47 is a hired assassin who travels the world to ‘take-out’ his targets. This deadly Hitman is actually a ‘good guy’; he only does away with the bad guys who deserve what’s coming to them. An interesting introduction explains more about Agent 47 is and that ‘his job always gets done; nothing can stop him!’

This game is slick and smooth with some deadly game symbols such as a knife, silver pistol, sniper rifle, vial of arsenic with a syringe and a choking wire. The foreboding orchestral soundtrack adds to the atmosphere of mystery and intrigue.

Hitman comes packed with spine chilling features including Free Spins, Multipliers, Expanding Wilds, plus the Contract and Insignia Bonus games. The theme of Hitman is based on the Stealth game series that is well known around the world. Hitman was also one of the most popular Playstation and Xbox video games.
In 2007 a movie of the same name was launched which was a huge success.

The average Return to Player percentage is 95.84%

Agent 47 is an Expanding Wild which can substitute for any other symbol, except for the scatter and bonus symbols. When the Agent 47 Wild appears on Reels 2, 3 or 4 it will expand to covers all positions on that reel to help create more winning combinations.

The Expanding Wild can also occur during the Free Spins bonus round. When the Wild expands a short video with killer graphics will appear.

The Scatter symbol is the Red circle with the number 18 in the centre. Land 3 or more scatters to receive up to 18 Free Spins. During the 18 free spins all wins come with a 2x multiplier.

3 scatter symbols landing on reels 3, 4r or 5 will activate 18 Free Spins with a 2x multiplier for all wins. Free Spins cannot be re-triggered during the 18 free spins round but the bonus rounds can be triggered and the expanding wilds remain active.

The Contract Bonus is activated by landing 3 Laptop symbol on lines 3, 4 and 5 simultaneously. The game will open by presenting your Mission Briefing and 5 suspicious looking Targets. Each Target has their own rewards – the price range for them appears before you.

Select your Target and choose your Weapon before aiming at your target. Click ‘Execute’ to receive a random multiplier for the prize. The payout will be according to the weapon of chosen which can be up to a massive 270,000 coins!

The Insignia Bonus will be triggered by 3 Insignia symbols landing on Reels 1, 2 and 3. Pick one of the 3 Insignia symbols to reveal a special multiplier prize which will be applied to the total bet of the previous spin. Stand to win up to 6,000 coins.

The convenient AutoPlay function can spin the reels automatically for up to 500 spins. AutoPlay stops when this limit has been reached or exceeded. 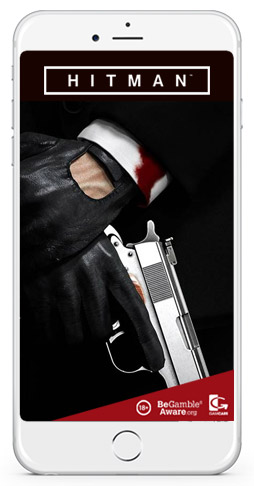