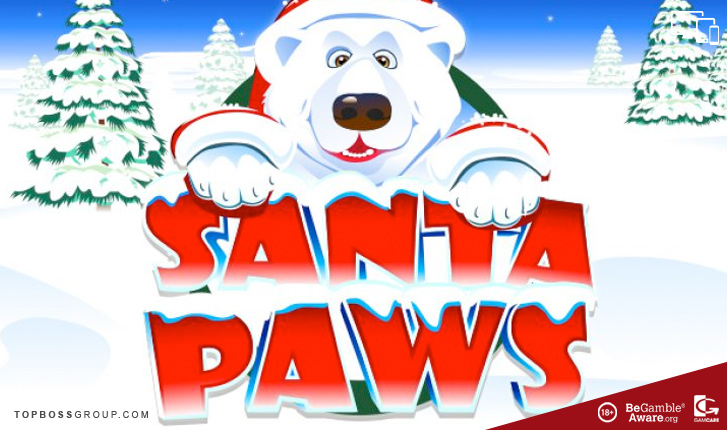 Santa Paws has been rated by our slots review team and scores an awesome 81% based from the category ratings overall.

How To Play Santa Paws

Santa Paws Slot is an online Video Slot by Microgaming that has 20 pay lines, 5 reels and 3 rows.

Enter this magical Winter Wonderland and celebrate the joy of Christmas at the North Pole.

The graphics of This slot are cute and the background sound is the hum of the Ocean. There is beautiful Christmas melodies when the reels start to spin.

If you believed only humans enjoy Christmas then you will see how wrong you are when playing Santa Paws. Animals also enjoy the Festive Season, especially at the North Pole. You will see the Polar Bear changes into Santa, the Orca Rudolph and the other animals and birds take on the roles of Santa’s helpers and visitors.

Don’t be deterred by this Magical Winter Wonderland “bear “ in mind that there are Free Spins up for grabs with a 7x Multiplier, after all it is the season of giving.

There are a lot of adorable Polar Bears adorned with all the trimmings of Christmas, then you have the lower-paying symbols, a White Rabbit and he is decorating a tree, an Owl with a present and a Sea Lion with two presents. Next up is the Wolf Mailman and he delivers a decent payout by multiplying the bets on winning pay-lines by 750x

This slot gives it’s player two Wild Symbols, and both replace other symbols except for the Penguin Scatter of course and the Wilds complete the winning combinations.

The first Wild Symbol is Rudolph who is in fact an Orca Whale with Antlers and a red nose stuck on his head, he will reward you with up to 1000x the line bet if 5 appear.

The second Wild is Santa Paws himself. He’s a beautiful big cuddly Polar Bear wearing a Santa hat and his bag of gifts is 4000x the line bet.

Once this happens the 12 Free Spins will automatically trigger. All wins during the bonus round will be with a 7x multiplier.

‘Tis the Season to be Perilous:

There is more in Santa’s bag and it’s the Gamble Feature. This Feature can activate after any winning spin of the reels. Merely click the Gamble button and you will go to a new screen.

A Santa Paws playing card will appear face down. All you must do is guess the correct colour and you will double the amount of the qualifying spin. Furthermore, guess the card suit correctly and your amount will be quadrupled.

This is a basic slot and might be appealing during the Christmas period because let’s face it not everybody enjoys Christmas all year round, however, it is a jolly slot with really soothing melodious tunes and cute characters which will most certainly put a smile on your dial.

If you enjoy older Microgaming Slots like Santa Paws, then you may enjoy Reelin and Rocking Classic Slot. 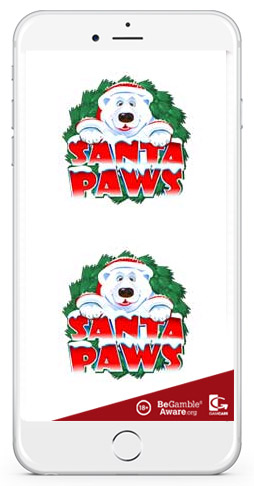