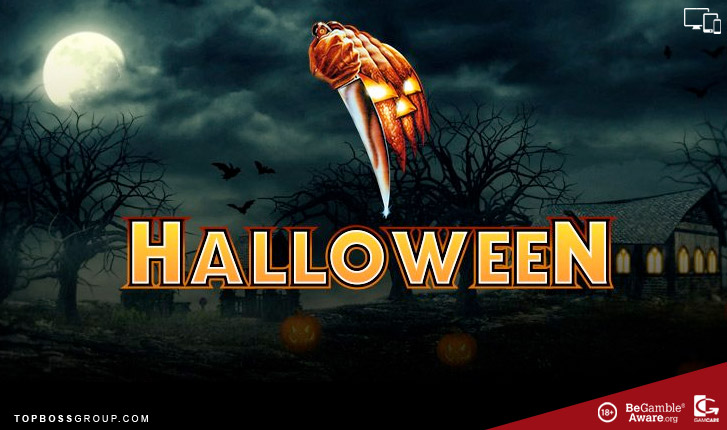 Halloween Slot has been rated by our slots review team and scores an awesome 89% based from the category ratings overall.

Halloween Slot is a Microgaming Video Slot which has 50 paylines, 5 Reels and 3 Rows.

It is a horror-themed video slot based on the classic 1978 film, Halloween. Michael Myers is the murderous psychopath who killed his sister on Halloween night. The scene takes place on the porch of the Strode family’s wooden house in Haddonfield, Illinios. The realistic graphics and sound effects create an ominous and sinister atmosphere with footage taken from the film.

The scary symbols on the reels include a mask, knife, gun, clown, matches, books, telephone and knitting needles with wool. Also meet Lynda, Annie, Loomis and Laurie who are characters from the film. This creepy game features wandering symbol blocks, pick-me round and free spins with multipliers.

The average Return to Player percentage is 96.02%

The Wild symbol is the carved Pumpkin with a knife which replaces all symbols to help create wining combinations. The Wild does not replace the Bonus scatter symbol.

The spine chilling Bonus features to take advantage of include:

The Boogeyman Bonus feature opens a new screen displaying 15 Leaves, Knives and Michael. Pick on the Leaves to reveal cash prizes with a multiplier. The multiplier increases by 1x after each cash prize is won.

Manage to find all 10 cash bonuses and an additional prize of 20x your stake will be awarded. Land a Knife to get immunity and be offered an extra life when landing Michael.

The feature ends by landing on Michael who awards only half the cash prize.

Free Spins bonus will be triggered when Lynda, Annie, Loomis or Laurie appear in the Trick or Treat Wheel feature. 9 Free Spins will be awarded during which the character that triggered the free spins will be the only symbol appearing during the feature.

The Free Spins round takes place at night, the Jumbo Blocks could also appear, wandering from the left to centre to right and back again. Free spins cannot be re-triggered.

The AutoPlay option allows players to set the reels to turn up to 1 000 consecutive spins automatically without interruption. There is also a range of options when the AutoPlay should stop. 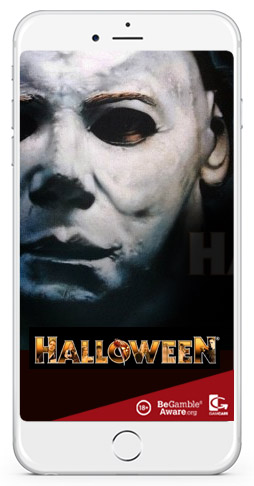