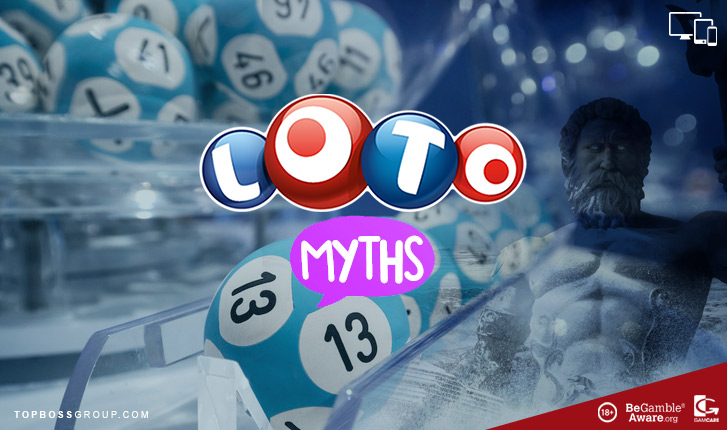 Lottery Myths get discussed in the Lotto community at sites like WinTrillions Lottery, so we have tried to dispel some of these myths.

The lottery is legal, and state-operated lotteries are common wherever in the world you go to. If no other form of chance-taking for cash is legal where you live, you’ll still be able to turn to the good old lottery.

However, the lottery has a whole bunch of player myths surrounding it. In this article, we’ll take a closer look at some of these myths and try to debunk them with logical arguments.

Lottery Myth no. 1 concerns the player odds. Savvy lottery players are always concerned with the odds. In lottery, the odds are always stacked sky-high against individual players, but that has never been an efficient deterrent for those hooked on playing the lottery because the winnings that come with such adverse odds are quite fabulous too.

People are always on the hunt for an efficient, low-cost way to enhance their odds, and some do believe they can produce radical results this way. The problem is, while a mathematical increase of the odds is possible, one can’t make his/her odds increase in a significant way.

Let’s take the 6 of 49 lottery as a base for our analysis. The odds of you hitting the jackpot on a single combination that you play on the weekly draw is 1 to 13 million. By playing four combinations, you will have bettered your odds 4 times, which makes them 4 to 13 million, or 1 to 3.25 million, but you also spend 4 times more on it.

Some people think that if they buy one entry for several weeks (like for a month), their odds will increase the same way they would if they purchased four entries for one draw. That’s incorrect.

Think of this way: on a dice, would you stand a better chance to hit your number if you chose four numbers on a single roll, or if you chose 1 number on 4 rolls?

To make things clear: if you chose six numbers on one roll, you’d be guaranteed to win. If you chose one number on 6 turns, you would have no guarantee whatsoever.

In conclusion, playing the same number of entries but playing them in fewer draws will add to your odds without being hard on your wallet.

Another Lottery myth is the following: some players believe the more they play, the better their odds will get on future draws. If you already played 500 combinations on past draws, that doesn’t mean those combinations were knocked out of the system. They are still available, hence your odds are the same on every draw that you play, namely 1 to 13 million on a single entry.

One might as well say, that pretty much like roulette, every single draw that you play is entirely, 100% independent on draws and combinations you played in the past. No, being a long-time lottery maniac doesn’t improve your odds one bit.

The whole base of this myth is that once a combination is drawn, people automatically assume it will not come up again for some time to come. This is wrong. Since each draw is 100% independent of all other draws, it is in fact entirely possible that the same combination be drawn the very next time (although it is not mathematically likely, but the odds against it are the same as against any other combination).