Kingdoms Rise – Guardians of the Abyss 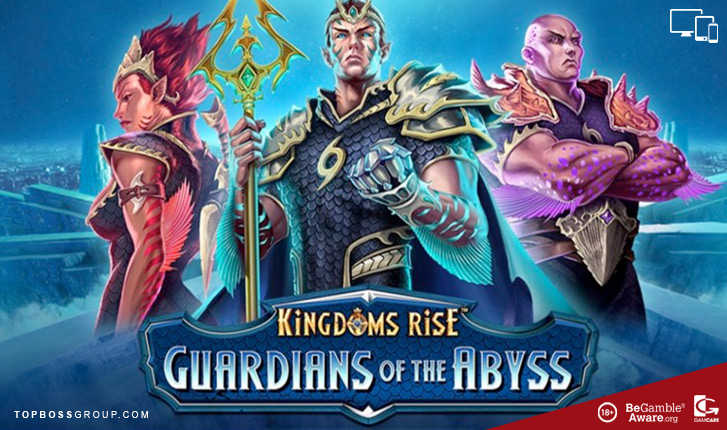 Kingdoms Rise - Guardians of the Abyss has been rated by our slots review team and scores an excellent 88% based from the category ratings overall.

This Video Slot has five reels, 3 rows and 25 paylines. It takes you into the deep waters until you arrive at the entrance of the eerie Abyss. Here you will be met by three warriors that are armed with their weapons of choice. They are there to ensure no unwanted guests gain entrance to the hidden Abyss.

The ambiance of the game is enhanced by the graphics which show the reels encased in a stone frame. The frame has remnants of the underwater world’s past strewn around it.

This medium to high volatility game will have you wanting more as you enter the deep dark depths of a forgotten Abyss.

Kingdoms Rise-Guardians of the Abyss Slot can be played on your desktop or mobile. The bets range from $0.10 to  $300 per spin. This game has an RTP of 96.06% and of that 0.99% contributes to the jackpot and 3% to the Kingdoms Rise tokens.

Guardians of the Abyss Symbols:

When you start playing the game you will come across a variety of symbols.

There are precious gems in turquoise, blue pink and purple. These are the lower paying symbols and award you between 2 x and 4 x your bet for five of a kind.

The next set of symbols are the three weapons of the Guardians. They pay 6 x and 10 x your bet when you get five of a kind.

The Premium symbols are the three Guardians, Akali, Jax and Odeon. Land five across the reels and they will  reward you with 20 x, 30 x and 40 x your bets.

Guardians of the Abyss Wild Symbol:

You will come across a symbol marked with a W this is the Wild. It is the top paying symbol and substitutes for all  symbols except for the Scatter.

The Scatter is represented by a shell encased in a silver and gold frame. Should you land three shells you will then trigger the Guardian Bonus.

Features held in the Abyss:

Kingdom Rise- Guardian of the Abyss Slot is stacked with fabulous features keeping you entertained as you go.

The Guardian Bonus comes with 3 Free Spin Modes and a Token Collection Feature. The Guardian Bonus is triggered when you land three shell which will move to the front and you get to spin each one once to see what prizes you have won. Any Scatter landing with a golden frame on the triggering spin will win bigger and better prizes.

The 1st Shell determines which of the three Guardian features you have won, each with its own separate modifier, the 2nd Shell will reveal a specified number of Free Spins and finally, the 3rd Shell determines the power of the feature. Once all the selections have been finalised the Bonus Round begins with the chosen Guardian, the number of Free Spins won and the Power, it’s important to note this feature cannot be re-triggered.

Depending on the chosen Guardian these are the rewards that can be expected;

The Token Reward system comes at no extra cost to you the player as such because 3% of the games RTP contributes to this feature. The gold coins can randomly appear attached to any paying symbol and is then added to your personal token balance. When you have accumulated enough tokens they can then be used in the Kingdom Rise shop to buy a feature on any slots from the series.

This feature is available when you have collected 300 or more of the Tokens. A vortex of Wilds will land on reels 2, 3, 4 or 5 before throwing out random Wilds. The total number of Wilds is dependent on the number of your tokens you used.

The re-spins then continue but only if there is at least one Wild on the reels and the feature comes to an end when there are no more Wilds.

This is the main draw card of this slot. The three Progressive Jackpots and they are specific to a single casino or brands of a casino group.

The jackpots are triggered at random after any spins . The Jackpots are as follows:

Another hit by Playtech and out of the three new releases in the Kingdom Rise series the most volatile of the three. But in saying that, it also has the biggest win potential. It is a slot with exceptional features, graphics and sound effects, overall a Winner! 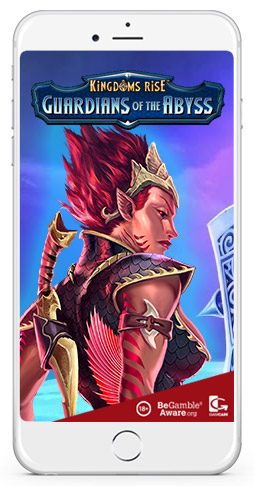