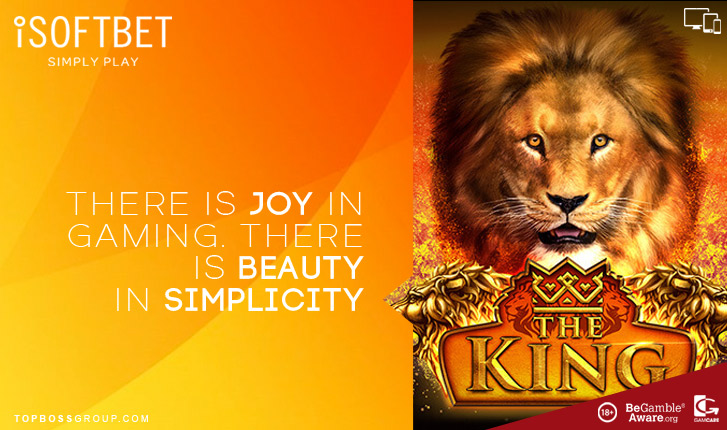 Our review team has rated iSoftBet Casino Games on the categories below and iSoftBet scores an awesome 79% ratings overall.

iSoftbet is an online and mobile casino games supplier to some of the world’s largest and most successful e-gaming operators.

They are based in London and Luxembourg.

The games are designed to be visually stunning, easy to understand and entertaining. The iSoftbet portfolio includes a vast selection of slots which includes branded content from well known TV and film studios.

iSoftBet games and software have been certified and are carefully tested as per regulatory standards in the various gambling jurisdictions.

How Many Games does iSoftBet Have?

iSoftbet, in collaboration with the best casinos and using optimum technology has produced over 400 classic casino games.

Every year iSoftbet adds a range of new games to their portfolio.

What Awards has iSoftBet Won?

No awards at present

How did iSoftBet Begin?

Not much is known about the history or ownership of iSoftBet. It has been indicated that their original name was ISB Technologies when they opened and they appear to be a privately-owned company, based in London.

The company emerged in 2010, immediately bringing over 200 games into the industry. They are linked with a company known as Fast-CPU whose website indicates that they were formed in 1997. It seems Fast – CPU was  dissolved in 2009.

What type of Slots and Games does iSoftBet offer?

iSoftbet provides fun and innovative online casino games which can be accessed via fast download or an online format.

The games are available in many languages and accept a wide range of currencies.

There are also the more standard 3 Reel games slots with ‘old style’ symbols. Some of the latest iSoftbet slots feature the All-ways 243 Ways-to-Win technology. This means that any combination of 3 or more symbols from the left hand reel will create a win.

The table games come with realistic graphics and charming music in the background. Players get challenged to use their skills and strategies to win bonus prizes and cash jackpots.

The iSoftBet lottery games have colourful designs, great music and features such as the Chat room where players can talk to each other and they can play the integrated mini games while waiting for the next session. Turbo Lotto is the flagship game with its rich designs, fun features and thrilling prizes.

Does iSoftBet offer a Progressive Jackpot?

iSoftBet does not have its own Progressive Jackpot network but many of the games are associated with individual progressive jackpots such as Platoon Wild Progressive.

Does iSoftBet have a Mobile Platform?

The unique collection of mobile games run on HTML 5 and has been optimized for a wide range of mobile devices such as Android, iOS, Blackberry and Facebook integration.

Mobile games include Jumbo Stampede, Lucky Leprechaun, The Dalai Panda and The Nutcracker.