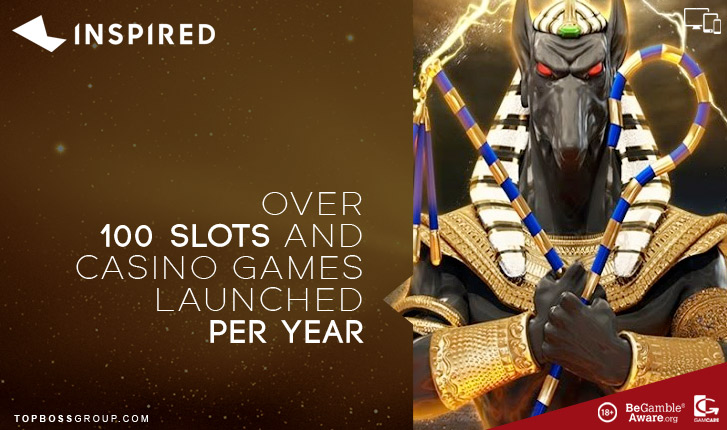 Our review team has rated Inspired Casino Games on the categories below and Inspired scores a great 74% ratings overall.

2 of the well known online casinos that use their software is Mr Play Casino and Mr Green Casino.

Inspired operates over 30 000 digital gaming terminals and offers Virtual Sports products in more than 40 000 retail channels. These operate over 200 websites in about 35 jurisdictions around the world.

Inspired employs over 800 staff in the UK and other countries developing and operating digital games and networks.

How Many Games does Inspired Have?

Inspired has about 80 award winning games which include slots, table games and virtual sports.

What Awards Has Inspired Won?

Inspired has won numerous awards some of which include:

How did Inspired Gaming Begin?

Inspired was launched in 2002 as a mobile entertainment technology start-up with 10 people in central London. They acquired Virtual Sports graphics which they integrated with core software to launch their Virtual Sports betting platform.

Inspired was acquired in 2016 by Hydra and became Inspired Entertainment, Inc.

Between 2006 – 2015 Inspired became the UK leader in Server Based Gaming terminals and Virtual Sports betting. They also acquired their first contracts in Italy and China.

Inspired emerged as a world leader in Virtual Sports land-based / Mobile and EU leader in Server Based Gaming in multiple markets . This resulted in them signing contracts with China, North America, Latin America and some EU countries.

What type of Slots and Games does Inspired offer?

Virgo is integrated with the Inspired Open SBG Core™ platform for an omni-channel player experience. The Games are available in multiple languages and all standard currencies.

Inspired is considered as on on the leaders in Virtual Sports games. This is partly because heir visual effects team can recreate exciting sports action from the most famous sporting events.

The Company also did extensive research with jockeys and industry experts. This has allowed them to create a realistic horse racing product with many unique features.

Join Mike Tyson in the ring with the Mike Tyson Virtual Boxing featuring HD graphics and competitive opponents to choose from!

Does Inspired offer a Progressive Jackpot?

Some of the games are tied to a Progressive Jackpot such as their popular slot Treasure Island.

Does Inspired Gaming have a Mobile Platform?

Inspired has a portfolio with over 50 HTML5 games with about 15 new titles launched annually. The games include branded content, omni-channel slots and the new suite of Virtual on Demand products.

The games are released with absolute perfection guaranteeing excellent games on the mobile platform.