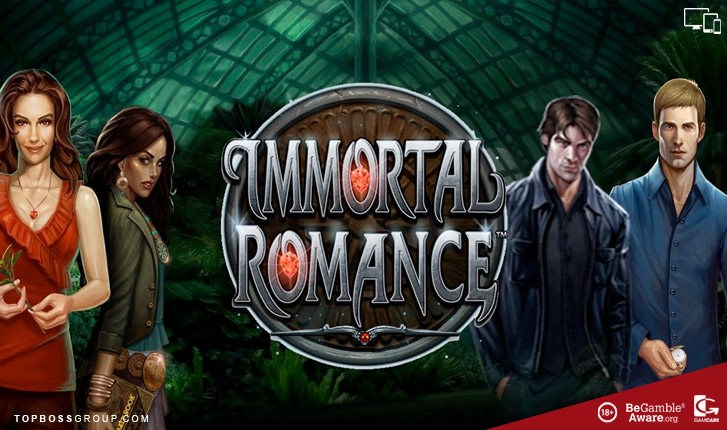 Immortal Romance has been rated by our slots review team and scores an awesome 80% based from the category ratings overall.

Immortal Romance Slot was greatly anticipated in view of Microgaming announcing they were in the process of developing a paranormal inspired game. It was finally launched on 5 December, 2011 and has instantly become one of the top casino games. It has a cast of paranormal characters that intertwine together into one compelling story of forbidden love and intrigue.

Romantic stories that revolve around humans and their paranormal counterparts have always included Vampires, zombies, werewolves and witches. With this and the success of Thunderstruck and Tomb Raider, Microgaming has once again developed a compelling video slot. Furthermore, it is filled with graphics that come to life and an original soundtrack composed and recorded by professional singers.

Immortal Romance Slot is best described as a paranormal love affair full of deception consisting of four main characters. Sarah, Michael, Amber and Alex. Each character has an interesting background that can be viewed directly from the in-game pay table.

The Player must uncover hidden truths of each character, resulting in a selection of bonus features such as the Wild Desire Feature. This feature will randomly turn up to 5 reels Wild and a selection of free spins that are buried deep inside the Chamber of Spins.

When 3 or more Scatter icons appear across the reels, the Chamber of Spins will be triggered. Added to this, by consecutively unlocking the feature the player will progress through each chamber for a bonus reward.

In the first chamber of Immortal Romance Slot, players will meet Amber who is a witch with supernatural powers. She will award players with 10 Free Spins with a 5 x multiplier.

In the second chamber players will meet Troy who is a 200 year old Vampire with devilish charms. He will award players with 15 Free Spins with a 6 x multiplier.

In the third chamber players will meet Michael who is an 800 year old Vampire who lives on the outskirts of society. He will release the 20 Free Spins Rolling Feature during which consecutive wins will trigger a 5x multiplier.

In the last chamber players will meet Sarah who is the heroin and a doctor of pathology. She will award players with 25 Free Spins. Furthermore, Sarah’s Wild Vine Feature will also randomly trigger up to 5 reels Wild.

As with Thunderstruck II, the Immortal Romance Slot comes complete with a Player Achievements Table. This allows players the chance to keep track of their in-game progress. Icon Achievements are awarded for wins associated with each icon and saved in the pay table. 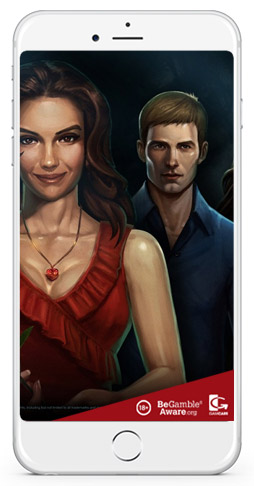