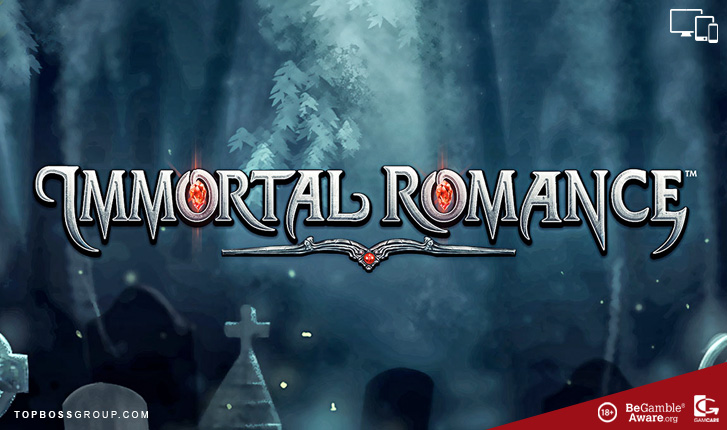 Immortal Romance has been rated by our slots review team and scores an awesome 82% based from the category ratings overall.

The original version was created almost a decade ago and is still a favourite amongst the slot community. Furthermore, its undying allure continues to attract players worldwide.

The best part is that players can now return for a fresh taste of all the classic blood pumping features, which include the Chamber of Spins and Wild Desire with many upgrades.

Added to this is the new HTML5 format of Immortal Romance will have mobile gamers jumping for joy. Other upgrades to this alluring slot game are

Get spinning and let the four main characters of this remastered slot game Amber, Toy, Michael and Sarah entertain you as the legendry soundtrack lulls you into submission as you rediscover supernatural mystery.

Betting starts at $0.30, and the new maximum stake threshold is at $30 in this high volatility slot. Immortal Romances has an RTP of 96.08%

The higher paying symbols are the four paranormal characters which are, Amber, Troy, Michael and Sarah, the game’s heroine. Lower paying symbols include A, K, Q, J, 10 and 9 Royals. Each of the Royals contains further details; the Jack includes a ring, the Queen an ancient text, the King a pocket watch while the Ace features Sarah’s blood-red locket.

The games Scatter Symbol takes on the form of a door knocker in the shape of a lion’s head. When three or more Scatters appear anywhere on the reels they trigger a Bonus Feature.

Immortal Romance’s Wild Symbol is the games logo. It substitutes for all other symbols except for the Scatter. Landing 5 Wild Symbols will give you 50x your total stake and doubles your outcome when part of a winning combination.

The Wild desire Feature can arise randomly like Vampires generally do turning up to 5 reels Wild. Free Spins are not triggered during this feature.

Enjoy this new and graphically enhanced revamp on this evergreen slot game by Microgaming. The heart of the game has remained unchanged as has the RTP. Immortal Romance is unlike so many other slot games as it keeps giving so keep playing until you uncover all its hidden secrets that are financially beneficial. Immortal Romance Remastered is going to be as big a hit as the original version was and in particular with those mobile players.

Wish Upon a Jackpot Scratch Card 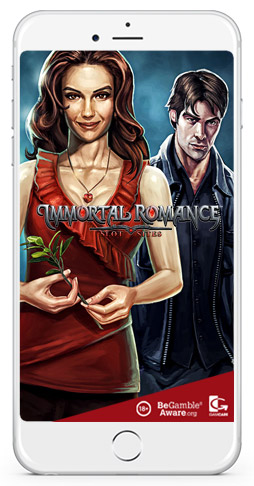