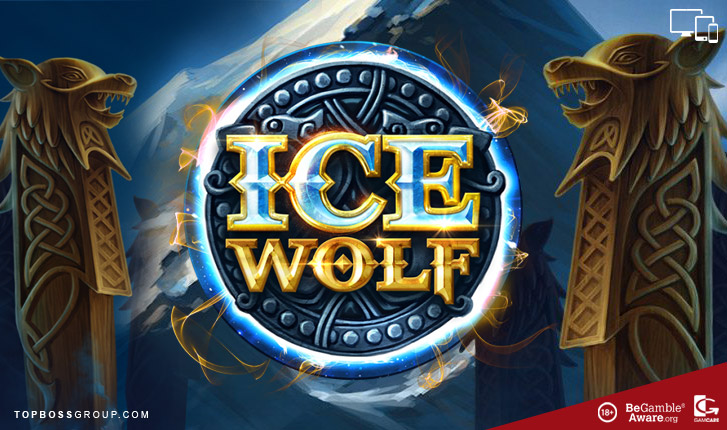 Ice Wolf has been rated by our slots review team and scores an awesome 83% based from the category ratings overall.

Ice Wolf is a graphically magnificent slot game by Elk Studios. Players have to reach the infamous Ice Wolf Peak by crossing the Arctic landscape torn by chilling winds and snowstorms.

Entering this territory is done at your own risk. Furthermore, once you reach the base of the mountain, a challenging climb to the top begins.

Ice Wolf has modern features, moreover, each consecutive win continues the expansion up to a maximum of 7 rows in this gruelling slot game. There’s more when you reach the summit of the reels could see you receiving additional Free Spins, Wilds and a Multiplier of up to 50x your stake.

Get ready for a chilling experience as you venture into the unknown the Arctic.

Ice Wolf is available for play across all devices, and the betting starts at from $0.20 with the maximum bet being $100 per spin on this medium to high volatility slot. The games RTP is at 96.10%.

The reels on Ice Wolf comprise of three sections, top, middle and bottom. The Top and Middle sections come into play once all the ice is gone. Furthermore, a payline of three symbols is sufficient to start the ice shattering on the middle reel section. When this occurs it will bring additional reel positions into play and re-spins are awarded. The more players land the symbols in winning combinations, the sooner the symbols are removed from the ice on the reel section above. The top reel offers the following three reel modifiers

As players are spinning those reels, an Ice Wolf can randomly appear in any spin. This symbol triggers the entire Wolf pack who start running in a northerly direction. Shards of ice start flying in every direction as these predators cross the spinning reels and leave a trail of Wilds in their path. The Wolf pack clears the complete column of ice, ensuring it’s entirely in play when the reels stop and it means the top reel is in play. The Ice Wolf symbol awards re-spins.

Ice Wolf is a game filled with continuous action, its graphics are spectacular and offers players a Re-Spins Feature as well as Modifiers. Furthermore, there is an Expanding reel set with up to 78088 pay lines. Players can win up to 2500x their stake. Therefore if you play with the highest stake, you could walk away with $250000. Finally, its time to break the ice and get some reel cash prizes! 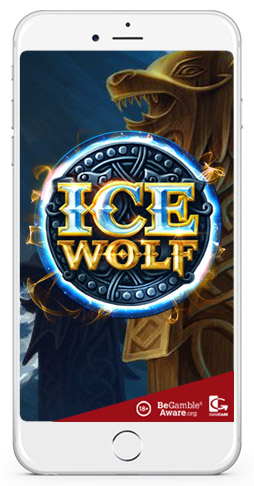