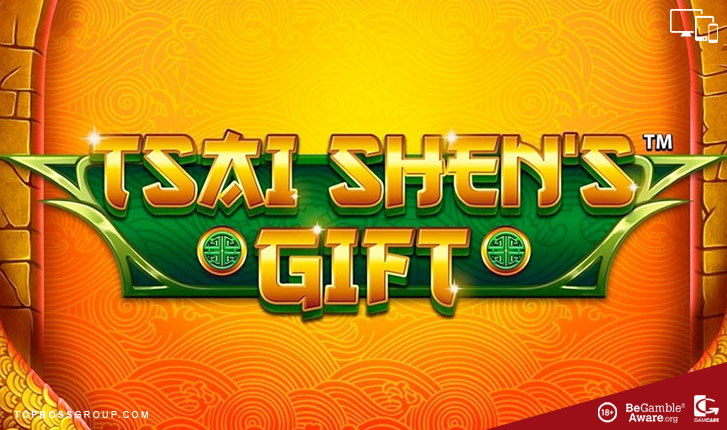 Tsai Shens Gift has been rated by our slots review team and scores an excellent 89% based from the category ratings overall.

Playtech has once again launched another slot from the Fire Blaze series galvanized on a theme of wealth and it’s the new release Tsai Shen’s Gift which all slot enthusiasts will approve of.

The style and design is typically Chinese with a green and blue background all colours of prosperity and is encapsulated by jade and fish like decorations. The reels have jade symbols on them as well as paper lanterns, red envelopes, money bags, fish, pearls and images of the great Tsai Shen.

It comes with superb graphics as most Playtech slots do, has amazing features which it incorporates and the biggest attraction, its Fire Blaze Jackpots. It is a game that has 5 reels and 3 rows with 50 active pay lines with a ton of opportunities to win some nice cash prizes with the Grand Jackpot being the whammy win and will pay up to 2000x your total stake.

This slot will be a game like never experienced before with its Wild and Scatter symbols and Free Spins with Mega size symbols it is nothing like any other Chinese themed slot games although inspired by the legendary Chinese God of Wealth.

There are 50 win lines in the slot game however you only require 25 coins when placing your bet and the game will automatically change the coin value. The coin value is between $0.25-$500 and the game has an RTP of 96.50%.

Tsai Shen appears in many of the games features and understandably and he has the power to substitute for many of the other symbols however he cannot replace the Pearl or Scatter Symbol.

The Jade symbol represents the Scatter Symbol appearing on all reels and 3 of a kind are required to trigger the Free Spins round.

There are also a variety of other symbols such as a gold money bag, a lantern and Chinese coins and can give you between 3-50 x your bet when you land 3-5 identical symbols on a pay line. The young boy riding the Koi is the highest paying out of all the above mentioned symbols and can pay anything between 5-75x your stake depending on how many identical symbols you land on a pay line.

On the low end are the A,K,Q,J as well as 10 playing cards in Chinese hieroglyphics and have a return of 10 -15 times your stake when you land 5 identical symbols on a winning line

The Jade icon is the Scatter and when you land three of a kind the Free Spins feature is triggered rewarding you with 6 spins. Once this Free Spins feature is triggered you will see the middle three columns start to merge and 3×3 mega sized symbols will start landing on them allowing for plenty of chances at winning some nice prizes. The Scatter will also grow in size giving you three more additional free spins no matter where it lands.

The Pearl symbol on the other hand does not expand in the main game but as it is a Mega Symbol in the Free Spins feature it will award you with up to 50x your original stake.

The Re-Spins Feature is played on 3 reels with one Mega Reel and all the pearls you land remain in place while the rest of the positions spin independently and with each new pearly you land you receive 3 re-spins.

This enigmatic slot is another in the Fire Blaze Jackpot series and it offers 4 Jackpots where the largest of the four being the Grand Jackpot pays out 2000x your stake.

During the Free Spins round when landing a Pearl it could reveal a Jackpot Star icon which means you could have one any of the three jackpots be it the Mini, Minor of Major and can be won several times in the bonus game.

You will find this game has mega features like their mega reels, mega pearls and scatter symbols when you trigger the Free Spins and the Fire Blaze Re-spin feature.

Fans of Asian themed slot games are going to love this newly released slot, another in Playtech’s Fire Blaze series, Tsai Shen’s Gift. It offers a variations of ways in which to win with the Free Spins and Re-Spins features and what’s more during the Bonus game you have 4 jackpots and 3 of them can be won more than once during the rounds. Whether into Ancient Chinese mythology or not this game is worth a try be it from your desktop or mobile it’s a “reel” blast. 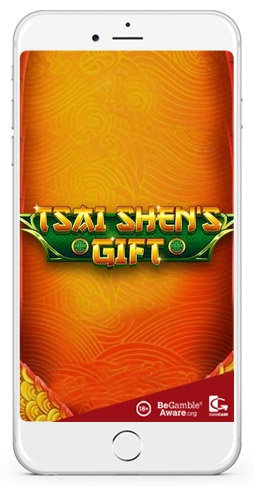