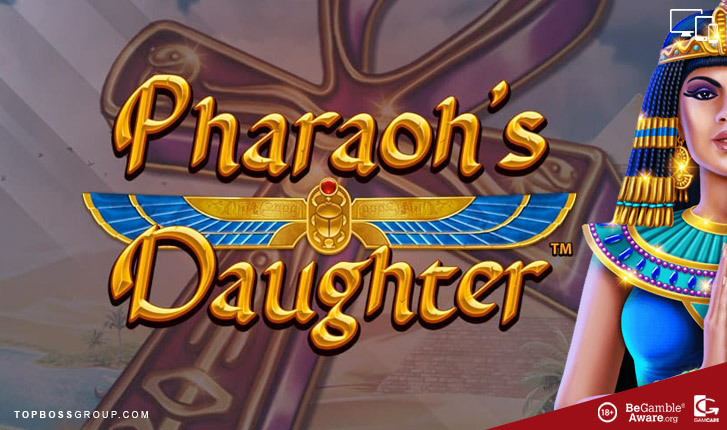 Pharaohs Daughter has been rated by our slots review team and scores an excellent 86% based from the category ratings overall.

Pharaohs Daughter Slot is another Fire Blaze Jackpot Slot – Ready for an adventure as you go through the desert sands of Ancient Egypt in your quest for the hidden treasures that are unknown and greatly sought after by man.

Playtech have once again produced an inspiring 5 reels, 50 pay-line inspiring Egyptian themed slot Pharaohs daughter and it’s about to stir up a realm where feminism is strongly at play here backed by magnificent sound effects and extraordinary visuals.

The backdrop of this slot game is the desert where you will see green luscious palms and the historic pyramids with symbols that complement the theme.

There are also remarkable features incorporated into this slot game and they include Free Spins, Fire Blaze Re-Spins Feature where landing sun symbols can allow you to stand a chance of winning any one of the 4 jackpots with the Grand Jackpot paying out as much as 2000x your total bet while playing on your desktop, mobile or tablet devices.

Pharaohs Daughter Slot has lower value royal symbols which include the cat God, the Eye of Ra and the Ankh Cross. The higher paying symbols are the Scarab Beetle which rewards you 3 x your stake.

The Wild Symbol is Pharaohs Daughter and she substitutes for all the other symbols bar the Scatter and she assists in forming a winning combination.

The Scatter Symbol is the Scatter and triggers the Free Games feature.

The Free Games feature is triggered when 3 Pyramid Scatters simultaneously appear on reels 3, 4 and 5 and will award you with 1, 10 or 50 x your bet and in addition to these generous rewards you will also receive 8 more Free Spins.

The Fire Blaze Re-Spin feature is the main attraction of this Playtech slot game and is played when you land between 6 and 15 Sun symbols and each one of these symbols have a cash prize or Jackpot Star and will award you with 3 re-spins and the triggering suns remain in their original position and if more are collected they to remain in that position and a further 3 re-spins are awarded to you. Filling all symbol positions with Suns will allow you the chance to win the Grand Jackpot.

Pharaohs Daughter is a generous one as she allows players a chance to win her fixed Grand Jackpot of 2000x your bet and this can be one when you fill a reel position with 15 Sun symbols during the Fire Blaze Re-Spins feature which in turn will reward you with 2000x your total bet. There are also the smaller fixed jackpots namely the Mini, Minor and Major Jackpots which also come with some generous cash offerings making this quest to find the hidden treasures of the Ancient Gods of Egypt a worthwhile expedition.

Pharaohs Daughter Slot is a must for those who enjoy the Ancient Egypt theme with a prominent feminist touch to it. The Free Spins and Fire Blaze Re-Spins feature are well worth your time, and if you hit the required amount of symbols you will be walking away with the riches of Egypt knowing your journey was a success all whilst enjoying magnificent visuals and soothing Arabian music which makes for a very playable new slot game by Playtech. 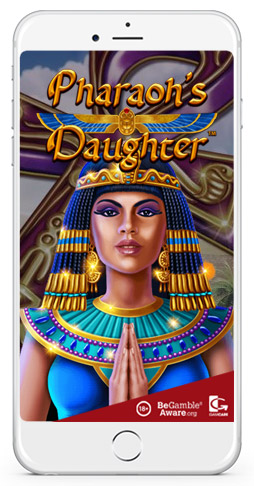