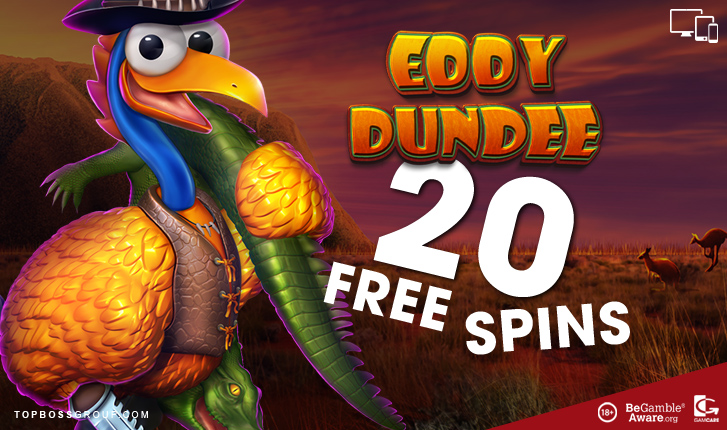 Eddy Dundee has been rated by our slots review team and scores an awesome 87% based from the category ratings overall.

Eddy Dundee Slot is a brand new release by GameArt. It was exclusively designed for Emu Casino, making it unique and well worth playing. In fact Emu Casino Canada and Emu Casino NZ are both giving an exclusive 20 Free Spins just for signing up at Emu to play Eddy Dundee Slot game.

The theme of this slot game makes one think back to the blockbuster Crocodile Dundee. However, the main character in Eddy Dundee enjoys being miles away from the hustle and bustle of the city. He is located in the Australian outback and is a fearless specimen in this 25 pay line slot game.

The Cards, K, Q and J, are the low paying symbols. Landing five of these symbols will pay out between 0.50x to 1.00x your stake. The higher paying symbols are a beautiful blonde, Crocodile, Hat, and an Eddy Dundee logo.

Eddy Dundee Wild symbol is a Dingo that can substitute for all other symbols to complete winning combinations. However, it excludes the Scatter Symbol and Big Knife

The Scatter symbol is a giant Emu, and this symbol triggers the Bonus Round where players get Free Spins which can be re-triggered.

Eddy Dundee Slot is entertaining and comes with exceptional graphics. The theme is also refreshing as it has a bit of adventure and romance in it, notwithstanding the Bonus features such as the Gigantic Symbols and Big Knife feature. It’s unique to Emu Casino so it’s the only online casino that players can play this newly released slot by Game Art. 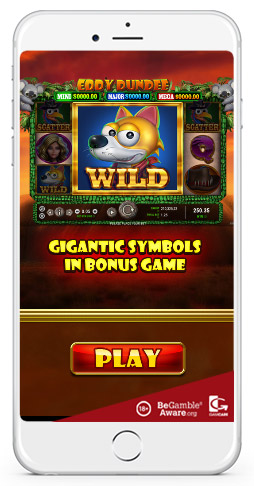