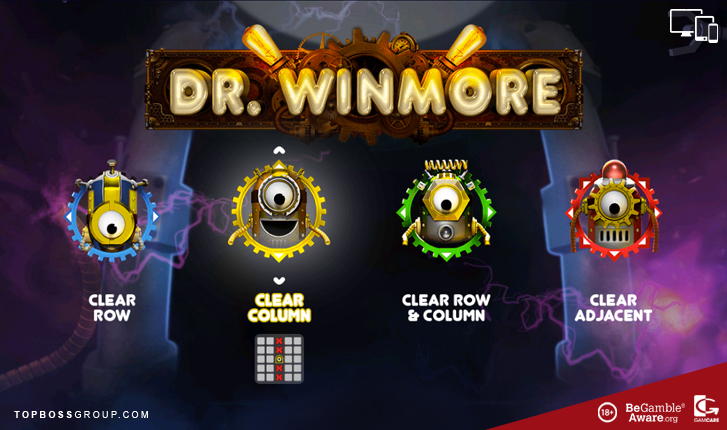 Dr Winmore has been rated by our slots review team and scores an excellent 86% based from the category ratings overall.

Dr Winmore is a new RTG Video Slot released by RTG in February 2020. It is a 5×5 reels, 30 paylines slot which has a  mad scientist theme to it. It has already become quite popular at Springbok Casino – a South African RTG Casino.

Dr Winmore has been designed for the more of a casual player as it provides constant small wins. It has great  graphics, tremendous features and smooth game-play.

This slot has a Cluster Pays system that requires 4+ symbols together in a specific order. It has Wild Symbols, Cascading reels and up to a 6 x multiplier.

The payouts are not huge as the top payout in this slot is in the region of 300 x your bet, however winning is fairly easy. Why not play along with Dr Winmore and receive some constant rewards after all his name is Winmore.

The theme of this slot is based on a mad robot creating scientist who sports the typical Einstein look. Namely the dishevelled white hair and wearing goggles as part of his safety gear.

When looking at him you will gather he is a scientist who looks like the past but he is in actual fact a scientist from the future.

Dr Winmore is the games Wild Symbol and substitutes for all symbols except the Robots.

The Robots are the special symbols and they will randomly appear and remain on the reels and once a winning cluster is formed the robots will start cleaning up lab equipment in specific patterns which may cause Cascading Wins with Multipliers. The special symbols will clear even when there are no wins in which case the Multiplier increases.

There are also energy source symbols, lab equipment and the usual lab glassware that is always found in Scientists labs.

Features to help you Win More:

This feature will bring you some nice wins provided 4 or more matching symbols touch horizontally or vertically. Should they land diagonally this will not be classed a winning combination and you will need to spin again

Cascading Reels have also been incorporated into this game and are triggered whenever a Cluster forms. What then happens is all the Cluster symbols are removed allowing for more winning combinations.

A Prize Multiplier builds up for successive Cascading Wins, x2 on the first win x3 on the second Cascading win. The Cascading Reel Trigger Multiplier increases by 1x until it hits 6x where it will remain for the rest of the paid spin.

When the Cascading Wins stop it resets itself to 1

Play this newly released slot Dr Winmore where Real Time Gaming (RTG) have gone all out to create a new elixir of luck and cast a spell of wealth on the players in this game. This slot is sure to blow your mind and expand your bankroll.

Prev Next 1 of 3
realtime gamingRTG Slots 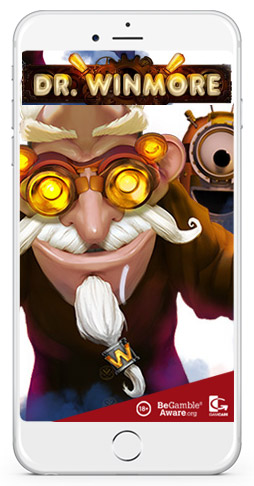