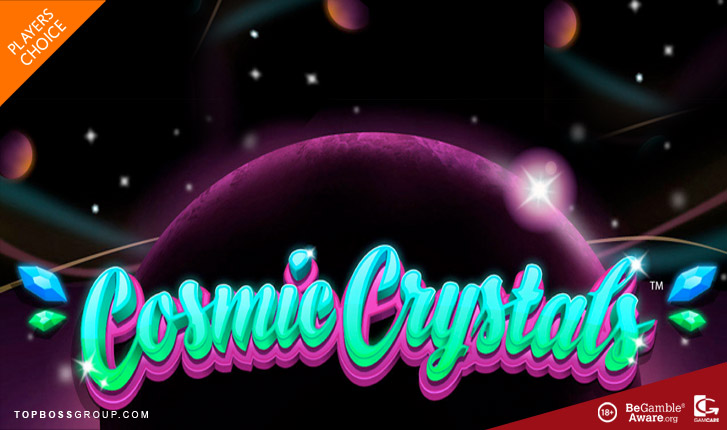 Cosmic Crystals has been rated by our slots review team and scores an excellent 87% based from the category ratings overall.

Cosmic Crystals Slot by Iron Dog is a sci-fi themed video slot with expanding wilds. The crystals are forming the basis of this five-reel, three rows, 50 fixed pay lines slot.

Here players can delve into the outer realms of space and the pink planetary haze of this game as they experience some reel-spinning action.

Cosmic Crystals is sure to appeal to many players who enjoy slots with stunning colours over a deep black background with its astronomical wonders like the Free Spins, Re-Spins Bonus Feature and Expanding Wilds.

The game also makes mobile gaming easy. Moreover, all players have to do is tap and swipe their way through the spinning action. The mobile slot also has a user-friendly interface which allows you the option to set up AutoPlay for non -stop spins.

The high-value symbols are the pink, purple, blue, green and yellow crystals while the 10, J, Q, K and A make up the lower values.

The Wild Symbol in Cosmic Crystals is the Golden Crystal which replaces all the other symbols to help players form winning combinations. There are no Scatters or Bonus symbols in this slot game by Iron Dog Studio.

When the Wild in Cosmic Crystals appears on reels 2, 3 and four, they will expand to fill the whole reel. If your lucky Crystal is at work for you and this happens, it’s guaranteed to assist with some extra wins.

This feature is unusual in the way that there cannot be an unsuccessful spin. Meaning after an unsuccessful spin the Re-Spin Feature is activated, and the reels will keep on spinning until at least one winning combination forms. Furthermore, should you land any Wilds on reels 2, 3 or 4 they will lock into place until there is a win.

Cosmic Crystals is sure to capture the imagination of many players with its interstellar gems. It is also a low variance slot and will benefit those gamblers who don’t like waiting around too long before they can start filling their coffers with some frequent wins. In a nutshell, you have the potential to win up to $50000 on this game. Therefore, why not reach for the starts and give Cosmic Crystals a try. 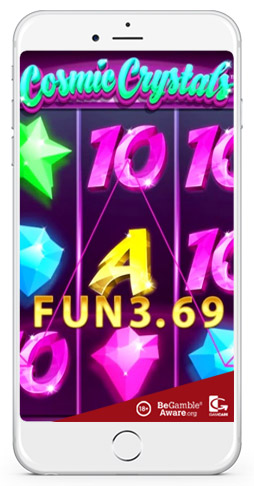