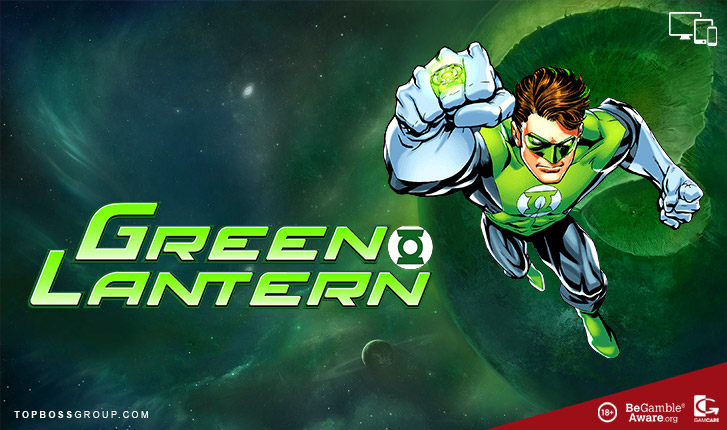 Green Lantern has been rated by our slots review team and scores an awesome 90% based from the category ratings overall.

Green Lantern And The 3 Bonus Games

Green Lantern is powered by the well known software gaming company Playtech and has 243 ways to win, 5 Reels and 3 Rows.

Green Lantern is based on the 2011 blockbuster movie starring Ryan Reynolds as Hal Jordan. The movie is about Hal Jordan or Green Lantern, a test pilot who was chosen to become the first human member of the Green Lantern Corps. He is given a green ring that grants him with superpowers.

He must confront Parallax who threatens to disturb the universe’s balance of power.

Symbols include the Green Lantern, fellow lantenrs Kilowog, Tomar-Re, Guardian of Oa, the sinister Sinestro and the villain Hector Hammond.

The background is a dark green tableau of outer space, with Green Lantern himself looking on from the left side of the screen. The game is well designed with a highly interactive and immersive theme.

The Green Lantern symbol can reward up to 500 coins for 5 appearing on a payline at maximum bet.

The average Return to Player percentage is 95.94%

The Green Ring is the Wild symbol appearing only on Reels 2, 3, 4 and 5. The Wild substitutes for all other symbols to help create winning combinations.

Green Lantern uses the Collapsing Reels which means that winning symbols will disappear to be replaced by more symbols falling down from above.

Every consecutive Collapsing Reel winning combination lights up the Power Bar with Charges. These Charges apply in the missions which are described below:

Receive unlimited Free Spins but Wild symbols will collect at the bottom of the reels. When 5, 6 or 8 yellow ring Wilds appear on the reels the round is over.

Receive 10 Free Spins with extra Wild symbols added to the reels. The higher the Charge the more extra Wilds will be awarded.

Get 10 Free Spins with a dynamic win Multiplier which increases with each successive Collapse. 3 consecutive collapses will increase the multiplier up to 9x!

The Jackpot Game can be randomly won on any spin.

Pick from the grid on the screen to match colours which fill up the Grand, Major, Minor or Mini prize meters.

The AutoPlay mode sets the reels to spin automatically for a certain amount of times.

Prev Next 1 of 3
online slotsplaytech slots 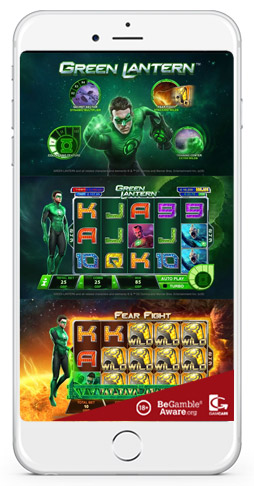